Michele Bachmann Won’t Run for Senate Because God Didn’t Give Her a Sign February 6, 2018 Hemant Mehta

God has finally responded. With silence. 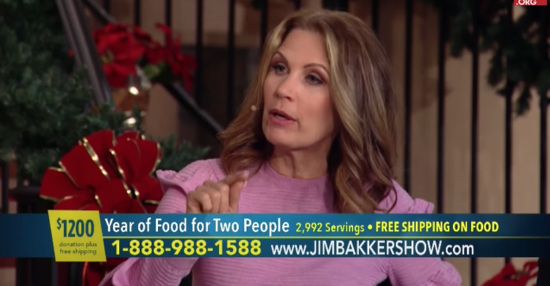 Over the weekend, [Bachmann] told End Times radio host Jan Markell that after much prayer, she has decided that God does not, in fact, want her to make a bid for this seat.

“I’m not going to run for that office,” she said. “I had a lot of people contacting me, wanting to give me money and be a part of my team to run for a campaign … But what I did is I did what I have done on every other time I thought about running: I took it to the Lord in a very quiet way, I took it before the Lord, I prayed, I tried to have my ears open and hear what God was saying to me.”

“I considered it for quite a long time,” Bachmann continued. “From the very first day when Al Franken had announced his resignation from the U.S. Senate, I went before the Lord and it became very clear to me that I wasn’t hearing any call from God to do this.”

Or, you know, maybe God doesn’t exist and she was never going to receive a sign.

You have to give credit to the voices in her head though. They finally gave her some good advice.

February 5, 2018
Please Support the Work I Do Through This Site
Next Post 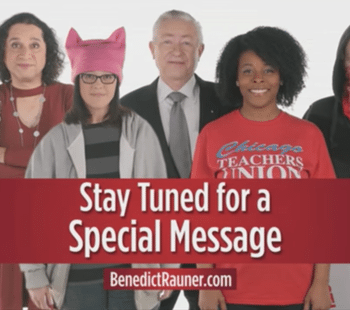 February 6, 2018 In Illinois, Christian Candidate's Campaign Ad Mocks Feminists and Trans People
"If getting their obedient sheeple to insert that appliance would increase their income from said ..."
McJakome Rick Wiles: Dr. Fauci Must Be ..."
"How does he think other states manage to fare much better? Does he think the ..."
Mundusvultdecipi WY Lawmaker Sinks Suicide Education Bill ..."
"This guy lost a kid and has decided to live with it by believing all ..."
KMR WY Lawmaker Sinks Suicide Education Bill ..."
"https://youtu.be/BA65lg1HWt4"
RegularJoe Victim of Sex Predator Ravi Zacharias: ..."
Browse Our Archives
What Are Your Thoughts?leave a comment