Televangelist: Don’t Bother Getting a Flu Shot Since Jesus Got One For All Of Us February 1, 2018 Hemant Mehta

Televangelist: Don’t Bother Getting a Flu Shot Since Jesus Got One For All Of Us

Televangelist Gloria Copeland would like you all to know that you don’t have to get a flu shot even though flu deaths are happening at record highs right now.

And why don’t you need the vaccine? Because Jesus gave us a metaphorical flu shot when He died for us… therefore magic.

“Listen partners, we don’t have a flu season,” Gloria Copeland said. “And don’t receive it when somebody threatens you with, ‘Everybody is getting the flu.’ We’ve already had our shot, He bore our sicknesses and carried our diseases. That’s what we stand on.”

Praying for those who may already have the flu, Copeland proclaimed, “Flu, I bind you off the people in the name of Jesus. Jesus himself gave us the flu shot, He redeemed us from the curse of flu.” Those who don’t have the flu, she promised, can protect themselves by simply declaring, “I’ll never have the flu.”

“Inoculate yourself with the word of God,” Copeland advised.

In case you’re wondering, no credible medical association has ever said you can prevent diseases by scaring them off with the name of Jesus.

I’m not surprised she doesn’t give a damn about how serious this epidemic is. After all, if the flu hits her community, she can just hop onto her husband Kenneth Copeland‘s $65 million private jet and fly to safety.

But you would think someone like her would at least be a little careful about telling people not to inoculate themselves considering that her family’s megachurch was at the center of a measles outbreak in 2013. After that happened, Eagle Mountain International Church’s pastor Terri Copeland Pearsons told her congregation that they needed to get vaccinated:

Some people think I am against immunizations, but that is not true. Vaccinations help cut the mortality rate enormously. I believe it is wrong to be against vaccinations. The concerns we have had are primarily with very young children who have family history of autism and with bundling too many immunizations at one time. There is no indication of the autism connection with vaccinations in older children. Furthermore, the new MMR vaccination is without thimerosal (mercury), which has also been a concern to many.

The risks associated during an outbreak really outweigh the risks of the vaccination. Therefore I strongly feel that our children and even adults of all ages need to be immunized now to stop the spread of measles and prevent those potential complications. Also, the disease is only shut down when all are immunized.

What Gloria Copeland is saying now isn’t just dangerous. It’s dangerous and short-sighted given that this exact advice hurt members of her own family’s church not that long ago. She doesn’t care, though. In fact, at the end of her video, she promoted a faith-healing seminar. It’s free of charge, but you can bet they’re going to ask everyone for donations.

How else will the plane get the accessories it needs? 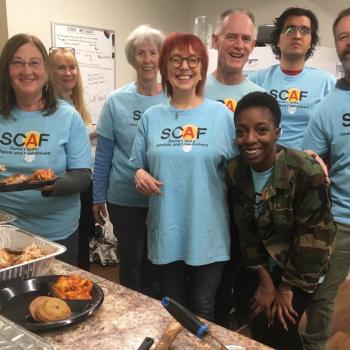 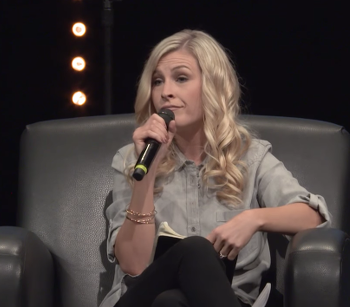