Priest Killed Woman Who Came for Confession and Got Away With It For Decades January 31, 2018 David Gee

It took decades to bring Father John Feit to trial for the murder of Irene Garza, but when the court evaluated the evidence, it took only seven days to convict him and sentence him to life in prison. 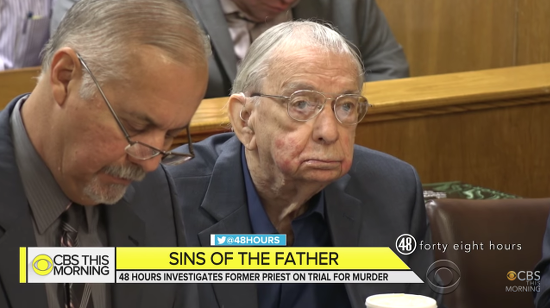 Last month, the jury found Feit — a former priest who is now 84-years-old — guilty of the 1960 murder. He killed Garza, a school teacher and beauty pageant winner, when she (unfortunately) trusted him enough to come to him for confession.

Ten years later, Feit left the priesthood and moved to the Arcadia neighborhood of Phoenix, where he raised three children with his wife and volunteered with the Society of St. Vincent de Paul.

Feit was arrested in 2016 in Scottsdale after years of suspicion about his possible role in the murder, which was left unsolved for the better part of 50 years.

This “cold case” went unsolved since April of 1960, when Garza told her family she was going to church for confession. Sadly, she didn’t return.

Five days later, her body was found dumped in a canal. Police say she was beaten, sexually assaulted and suffocated. Investigators kept turning to one person — Father John Feit, then 27, who admitted hearing Garza’s last confession in the church rectory. Investigators grew more suspicious when they learned that three weeks before Irene’s murder, another young woman had been attacked in a nearby church. That woman later identified Feit as her attacker.

Feit would eventually plead no contest to aggravated assault in that case and was fined $500, but the investigation in the Irene Garza murder eventually stopped and the case went cold.

Feit was fined a measly $500 for attacking one woman, and got off scot-free for murdering a second… for 57 years. He sexually abused Garza and killed her, so how did he get away with it for so long? It turns out the church, and a Catholic sheriff, had something to do with it.

There had always been rumors about a potential conspiracy between the church and local authorities, who refused to charge Feit early on despite what some might say is ample evidence, but at trial the prosecutors presented proof: a smoking gun, according to Hidalgo County Assistant District Attorney Mike Garza (no relation).

It’s a letter written in 1960 from one church official to another. Garza says this is proof that the Church and the Catholic sheriff at the time, E.E. Vickers, conspired to undermine the Irene Garza investigation.

Mike Garza: And at some point the sheriff would meet with the D.A. and explain to him what a weak case they had against him in an effort to get it dropped.

In the letter, they were concerned about how the case might not only affect the Church, but also the campaign of Catholic presidential candidate John F. Kennedy.

The reputation of your church, and of the president, isn’t something that should be considered when there’s a murder investigation. That may be how things worked back then, but they couldn’t protect the predator forever. Eventually, real investigators came in and did the job the original authorities neglected to do, and now Feit will spend the rest of his life in prison. It won’t be as long as he deserves, but it’s about time.

This sentencing won’t bring back Feit’s victim(s), but it will make sure he isn’t remembered as the charitable priest he pretended to be. He will be remembered as a killer and, as one official put it, a “wolf in priest’s clothing.”

Feit murdered someone who gave their confession, but he still hasn’t given his. Despite the sentencing, he maintains his innocence — for now.

January 31, 2018
Iowa Rep. Won't Back Qur'an Classes in School Because "The Bible is Different"
Next Post 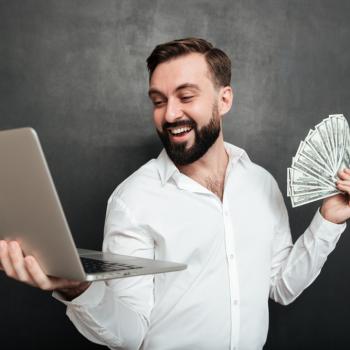 January 31, 2018 You’d Have to Pay $20 to Watch Porn Under These Bills By Christian Conservatives
"Telling someone they’re going to burn in hell forever when that person doesn’t believe in ..."
kaydenpat Podcast Ep. 396: The Beatification of ..."
"“No one can serve two masters; for either he will hate the one and love ..."
Iain Lovejoy Survey: Pastors Who Talk About COVID ..."
"Need one for Florida."
kelemi Law Professor: Kids Shouldn’t Need “Parental ..."
"And the message the Christians take from that is not that rape is bad, but ..."
The Jack of Sandwich Hate-Preacher: Halloween’s Origins Involve Virgin Girls ..."
Browse Our Archives
What Are Your Thoughts?leave a comment