Iowa Rep. Won’t Back Qur’an Classes in School Because “The Bible is Different” January 31, 2018 Hemant Mehta

Iowa Rep. Won’t Back Qur’an Classes in School Because “The Bible is Different”

Iowa State Rep. Skyler Wheeler is the anti-science legislator who, last year, co-sponsored a bill that would have required public school teachers who taught evolution, global warming, the origins of life, or human cloning to “include opposing points of view or beliefs relating to the instruction.” Even when there was no credible opposing point of view. If a teacher taught climate change, Wheeler wanted her to teach climate denial, too.

The bill died in committee, thankfully, but Wheeler wasn’t done arguing with people about it. The graduate of Pat Robertson‘s Regent University kept pushing his anti-science ideas on Facebook and deleting any criticism.

Wheeler’s latest attempt at making Iowa as ignorant as he is comes in the form of House File 2031, which he co-sponsored and which we’ve written about before. It would allow public schools to teach classes on the Hebrew Scriptures and the New Testament in order for students to learn (among other things) of their influence on “law, history, government, literature, art, music, customs, morals, values, and culture.”

These would be elective courses that are supposed to be objective, so on paper, they’re not illegal. But in so many states where these courses are taught, the “objective” classes quickly turn subjective, and the teachers frequently peddle indoctrination and treat Christian mythology as actual history. More importantly, this would become the only elective course in Iowa in which the State Board of Education is tasked with creating the course standards. They’d be pushing districts to offer the class in a way they don’t do for, say, a regular elective history class. In that sense, this course receives special treatment, and advocates of church/state separation know it.

“To us, this is a clear attempt to teach Christianity,” cautioned ACLU lobbyist Daniel Zeno. “This would be the only specific course, and this specific course picked a specific religious text.”

“Why just this one book?” questioned Representative Art Staed, a Cedar Rapids Democrat. “It appears on the surface to put [Christian] beliefs into our curriculum in our schools.”

Yesterday, that bill passed through the education subcommittee (which Wheeler chairs, for reasons that defy explanation), so it’ll go to the full committee for a vote before being presented to the entire House.

But not before State Rep. Mary Mascher weighed in with some valid complaints. She said school districts were already free to offer these courses, so the bill was unnecessary. That’s true. Having the state create the course standards would cost $80,000 of taxpayer money. That’s also true, and a complete waste of time.

Her best comment, however, was challenging Wheeler’s implicit belief that only Christianity should be taught to students.

Masher further warned that if the bill advances, she will offer many amendments for other required elective courses, including ones on the Koran, the Talmud and other subjects that represent more diverse parts of society. She questioned Wheeler whether he would support such a move.

Can you believe it? Wheeler didn’t like her idea.

“The Bible is different than the Koran,” Wheeler replied, saying he would not support such an amendment. “The idea of the bill is because of the specific impact the Bible has had on history of our history, our founding, our culture, that the Koran has not had that impact.”

Sure, the Qur’an is the holy book for a quarter for the world’s population, and Muslims have made paradigm-shifting contributions in the world of math and science, but the Bible is different… mostly because that’s the myth Wheeler subscribes to.

In short, no one’s denying the Bible’s impact on our culture and art, but what Wheeler wants to do is sanction a state-sponsored Bible course using taxpayer money that goes far beyond what districts want or need. No other religions get the same treatment, despite their relevance around the world.

And because Iowa is a GOP-dominated state, this bill will likely become law.

(Thanks to Teresa for the link) 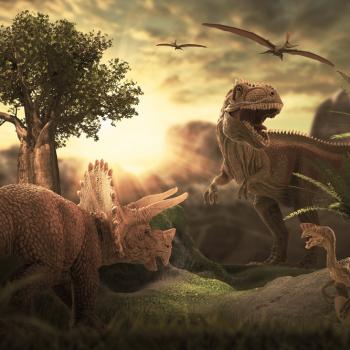 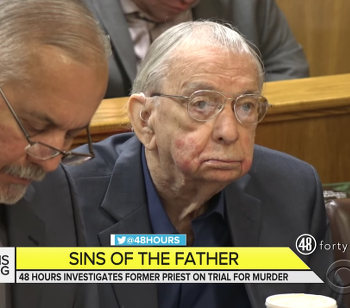 January 31, 2018 Priest Killed Woman Who Came for Confession and Got Away With It For Decades
Browse Our Archives
What Are Your Thoughts?leave a comment