The “pro life” party ought to have lots to say about the number of senseless shootings that claim the lives of thousands of people each year — including the 11 that have happened just this month. But according to White House Press Secretary Sarah Huckabee Sanders, school shootings aren’t a priority for the Trump administration. They plan to protect us from the more immediate danger of imaginary terrorists via the border wall.

ABC News correspondent Peter Alexander asked her about it this week:

“In October, after the Vegas shooting, you said it was an unspeakable tragedy from that podium. You said it was a day for consoling survivors and mourning those we have lost, but you said there’s a time and place for political debate. What has the president done in the time since October to prevent any of these shootings from taking place?”

Her response consisted of predetermined talking points about “crack[ing] down on crime” while ignoring any mention of gun safety. She said Donald Trump believed “all Americans deserve to be safe in their schools and their communities,” giving lip service to a generic “all lives matter” statement while skillfully avoiding the actual question.

We expect that from Republicans. But it took a special person to take offense to a simple follow-up about why Trump wouldn’t use his position to address these issues directly:

When Alexander tried to follow up, Sanders grew impatient and attacked him.

“The fact that you’re basically accusing the president of being complicit in a school shooting is outrageous,” she said.

That’s not what he did. Meanwhile, Trump has blamed Democrats for the shootings by saying their support of “evil, illegal immigrants” is what’s causing these tragedies… even though immigrants are almost always not the ones pulling the trigger.

Americans are far more likely to be killed by other Americans with guns than they are by immigrants. And it’s Democrats who are pushing for stricter gun regulations in order to decrease violence.

Republicans don’t deserve the “pro-life” label. They love to talk about how much they support “life”… but once those babies are born, the GOP is nowhere to be found. If those kids become victims, Republicans have nothing to offer but thoughts and prayers. 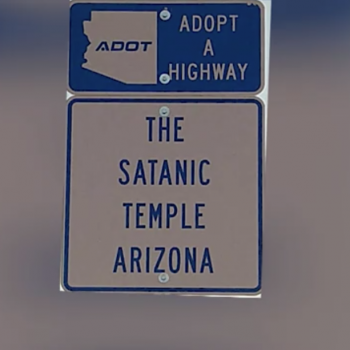 January 29, 2018
A Bunch of Satanists Have Adopted a Two-Mile Stretch of Road in Arizona
Next Post 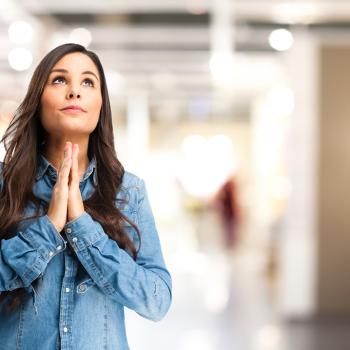 January 29, 2018 Did a Study Find That Atheists Are Smarter Than Religious People? Not Quite.
Browse Our Archives
What Are Your Thoughts?leave a comment