How the Photographer of a Snake-Handling Pastor Handled the Bite That Killed Him January 27, 2018 David Gee

Pastor Mack Wolford was a legendary figure in the Pentecostal snake-handling community, but that didn’t stop his rattlesnake — called Old Yeller – from killing him during a church service and photoshoot.

Photographer Lauren Pond, who also happened to be a friend of Wolford, was taking photos of his sermon when he was bitten. He denied treatment until it was too late, because his religion opposes legitimate medical intervention. 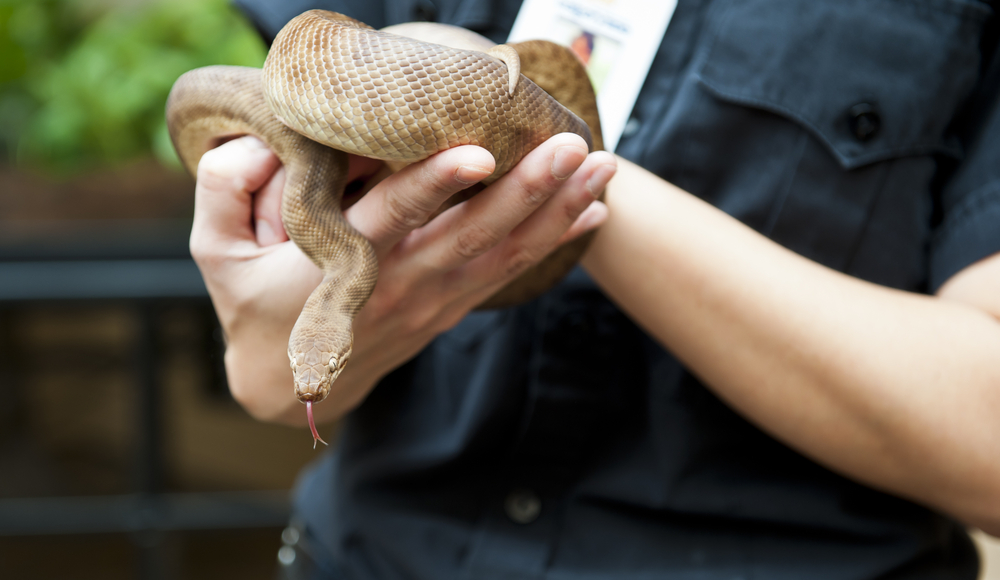 All of this occurred several years ago, but the story recently gained traction in the media again because the photographer released a book called Test of Faith: Signs, Serpents, Salvation.

It includes her recollections of these shoots:

Lauren Pond began photographing Wolford and his congregation in 2011, overcoming her own fear as she shot rattlesnakes and copperheads being coiled around the arms and necks of worshippers as they reaffirmed their faith in the divine. On 23 May the following year, just before his 44th birthday, Wolford posted this message to his followers on Facebook: “Praise the lord and pass the rattlesnakes, brother.”

Four days later, Pond followed him deep into the Appalachian hills. She shot several frames at an outdoor service as Wolford held, and then walked on, a timber rattlesnake called Old Yeller he had owned for several years. “Gone was the benevolent energy I had felt the previous year,” Pond later wrote, “and in its place an odd sense of urgency.”

As she shot, “suddenly an eerie stillness fell over the picnic site”. The cause quickly became clear: Wolford had been bitten. Eight hours later, he died, his family and followers having respected his steadfast refusal to send for medical treatment until it was too late — so strong was their belief that his fate was solely in God’s hands.

That’s right. Just four days after posting “Praise the lord and pass the rattlesnakes,” Wolford’s parlor trick went awry and he was killed. The fact that he could have been saved, but chose to accept prayers instead of anti-venom, makes it even more clear that this is a crime caused by his religion and nothing else.

Wolford was one of a number of pastors known for taking a literal interpretation of Mark 16:17-18:

“And these signs shall follow them that believe; In my name shall they cast out devils; they shall speak with new tongues;

They shall take up serpents; and if they drink any deadly thing, it shall not hurt them; they shall lay hands on the sick, and they shall recover.”

There are still several serpent-handling pastors alive — possibly because they are better at preventing bites or using less aggressive snakes — but the practice kills many people. To me, the most interesting part of the story isn’t the bite, but the photographer who watched it all and didn’t intervene, a story she told in 2012:

The scene has been playing over and over in my head since then, and the questions are weighing on me: As a photojournalist, what role did I have in this tragedy, and what is it now, in the aftermath? Was it right for me to remain in the background taking pictures, as I did, and not seek medical attention for the dying pastor, whose beliefs forbade it? Or should I have intervened and called paramedics earlier, which would have undermined Mack’s wishes? Finally, what was I supposed to do with the images I shot?

In my mind, Mack’s situation was different from that of a starving child or a civilian wounded in war. He was a competent adult who decided to stand by what he understood to be the word of God, no matter the consequences. And so I’ve started to come to peace with the fact that everyone in the crowded trailer, including myself, let Mack die as a man true to his faith.

She shouldn’t feel guilty. Wolford’s death was his own decision. He was wrong, and now he’s dead, but perhaps his story will serve as a warning to the next generation of pastors who might be considering taking their faith too literally. 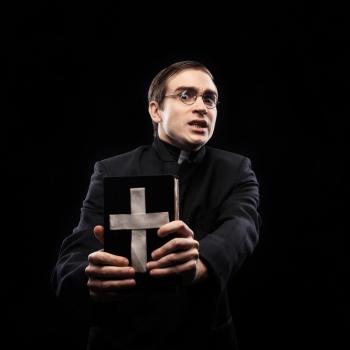 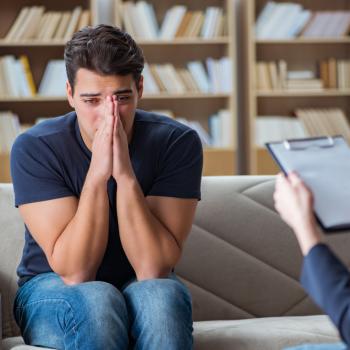