Now that he has a new private jet, televangelist Kenneth Copeland is heading to Fort Jackson, South Carolina — to the nation’s largest training installation — to headline a National Prayer Breakfast event.

That alone may not be a huge deal, but Chris Rodda points out that Copeland is an awful choice to speak at any military event — even a Christian one — because he’s said in the past that soldiers suffering from post-traumatic stress disorder (PTSD) are kidding themselves because God would never let that happen.

Reading from Numbers 32: 20-22, Copeland said, “So this is a promise — if you do this thing, if you arm yourselves before the Lord for the war … you shall return, you’re coming back, and be guiltless before the Lord and before the nation.”

“Any of you suffering from PTSD right now, you listen to me,” Copeland said as [pseudo-historian David] Barton affirmed him. “You get rid of that right now. You don’t take drugs to get rid of it. It doesn’t take psychology. That promise right there will get rid of it.”

In essence, Copeland ignored the reality and seriousness of PTSD — and now he’s been invited to speak to actual Christian soldiers. (Will any of them ask him about his comments?)

… this great homage and special invitation proffered by your command staff to honor a miserable, fundamentalist Christian wretch like Copeland as the special “guest speaker’ at Fort Jackson’s NPB is TOTALLY antithetical to the United States Army’s vaunted “7 Core Values” of loyalty, duty, respect, selfless service, honor, integrity and personal courage. Indeed, General, the SHOCKING selection of such a divisive and corrosive individual/religious predator and bully to be the main speaking attraction at your NPB at Fort Jackson is nothing less than a terminal and swift cancer to the bedrock good order, morale, discipline and unit cohesion of your command at Fort Jackson.

(Weinstein’s never been the type of person to hold back.)

His statement makes sense, though. If the goal of this event is to unite soldiers, even under the banner of God, why bring in a speaker who belittles the work and sacrifice soldiers make by suggesting PTSD is a myth?

What an insult it would be to those soldiers if he’s allowed to address them. 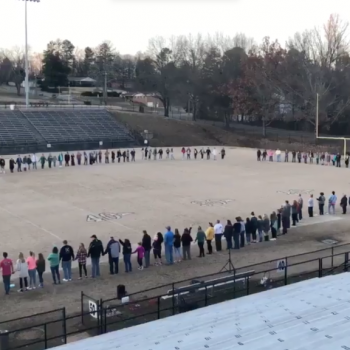 January 25, 2018
These Christians Have No Idea What's Wrong With Their Football Pregame Prayers
Next Post 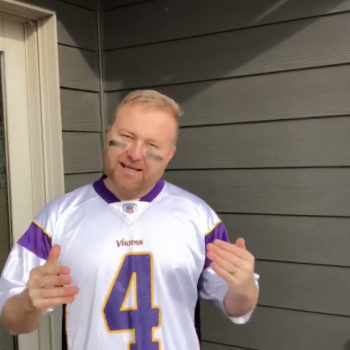