A New Zealand Church is Allegedly Advertising the Hotness of Its Pastor January 26, 2018 Hemant Mehta

For the past couple of days, I’ve been trying to figure out if this advertisement for a New Zealand church is real. 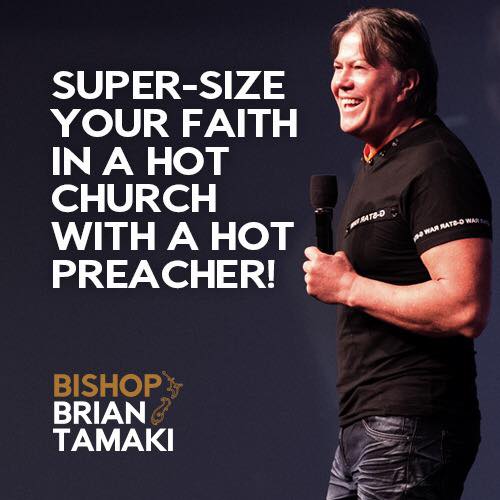 It was posted on an unverified Facebook page for Bishop Brian Tamaki, a megachurch preacher who flaunts his wealth, blames earthquakes on gay people, and just lost his tax exemption.

But… seriously? Was his church really saying, “Super-size your faith in a hot church with a hot preacher!”? Was that an incredible act of hubris or a fake image mocking a self-righteous pastor? (And why would someone who preaches abstinence use lust to acquire new followers?)

Keep in mind that this image can’t be found on Tamaki’s personal page or the official page for Destiny Church. But that didn’t stop local news sites from covering the story as if the image was real.

My own request for comment went nowhere. Destiny Church still hasn’t responded to my simple question of whether or not that image was approved by someone who works there.

But a spokesperson for Tamaki has now verified the image. I think. (I’m so damn confused right now.)

… the post wasn’t meant to be taken literally, spokeswoman for the church Anne Williamson says.

“A ‘hot church’ is a vibrant, alive church, energetic about the purposes of God,” she explained to Newshub.

“In context a hot preacher is really ‘hot for God’, you would say – current, alive.

“It’s someone who preaches the word of god strongly and accurately.”

… what? So the image is real, but it’s referring to a burning passion for Jesus?

I can’t figure out if these people are just trolling everyone. I mean, they have to be, right? If you told me this entire church was a joke, I’d tip my hat and congratulate them on playing the long game, but that seems unlikely.

Someone help me out here. What the hell is going on? 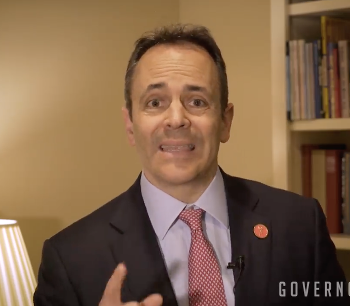 January 26, 2018 WA Football Coach Fired Over Public Prayers at Games Loses Appeal (Again)
Browse Our Archives
What Are Your Thoughts?leave a comment