It was just a couple of weeks ago that we learned a megachurch pastor from Memphis, a man who had sexually assaulted a 17-year-old girl two decades ago when he was her youth pastor, finally admitted to the public what he had done.

While Andy Savage told his congregation at Highpoint Church in Memphis that church leaders were aware of the “sexual incident” (as he put it), it was apparent that everyone else had been in the dark until his victim came forward with details about how he had driven her to a secluded area, whipped out his penis, and pressured her into giving him oral sex.

He didn’t mention those details in his formal apology to the church crowd, but he did ask them for forgiveness, and they gave him a standing ovation for it. It was such an appalling moment — indicative of how low evangelicals have sunk during the #MeToo movement and the Trump era — that the New York Times published an article detailing that response.

Savage later announced he was taking a “leave of absence” from the church.

This weekend marked the first Sunday services since Savage stepped down, and that meant Pastor Chris Conlee had the responsibility of addressing the fallout.

So what did he do yesterday morning?

He blamed the critics, comparing us to the Devil.

You can watch the full sermon, but the relevant portion (which I’ve clipped out below) begins at the 44:00 mark.

Now it’s also my responsibility to lead and to educate along the way, and to point out — it’s okay for me to point out some things that are also wrong, alright? What happened 20 years ago was wrong. What is happening with bloggers and social media critics being so hateful is also wrong.

What you want us to do is be people of incredible integrity. You want us to be people who are sold out, committed to doing everything we possibly can. To respond the way Jesus would respond. To speak truth in love. To have that perfect balance and tension that exists there. And so here’s what I want you to know: As your leader, as your pastor, I am committed to fighting the good fight. But watch this — don’t don’t get mistaken about the word fight — I’m committed to fighting the good fight, in the right way, at the right time, with the right heartbeat. Okay?

You know what he does? He imitates in order to intimidate. Seeking someone to devour, resist him firm in your faith, knowing that the same kinds of suffering are being experienced by your brotherhood throughout the world, and after you have suffered a little while, the God of all Grace, who has called you to eternal glory in Christ, will Himself restore, confirm, strengthen, and establish you, to Him be the Dominion, forever and ever amen…

What Conlee is saying is just jaw-dropping. Yes, the assault was bad, he admits, but so are the people criticizing them.

This isn’t a Trump speech. There are not “some very fine people on both sides.” There’s the pastor who assaulted a teenager, and the people who simply pointed out his feeble and pathetic response, noted the church’s lack of true sympathy for his victim, and posted in-context videos and quotations of what Savage said.

In other words, we didn’t do anything wrong. We just put a spotlight on the people who did.

Conlee asks, rhetorically, what critics want him to do, then suggests we want him and his church to “quit.” That’s not true. It’s not the church members’ fault that one of their pastors assaulted a girl twenty years ago. But it would be nice if the leadership took the situation more seriously.

Admit you screwed up by bringing Savage onto your staff and not telling anyone about what he had done.

Say that you’ll make a significant donation to an organization that works to prevent abuse and takes care of victims.

Launch a sermon series about consent and power and sex, and admit that Christians are no better on these issues than the culture at large, and the idea of “purity” has contributed to the problem.

Thank the bloggers and social media critics for holding you accountable.

None of that made the list. Instead, Conlee cited a Bible verse suggesting those critics (*waves*) are the Devil. We prowl around like a lion seeking someone to devour. And then he emphasized that we weren’t really that strong anyway.

Does this church have anyone at the helm with a moral compass? Maybe they should find one of those instead of wasting everyone’s time acting like the church is the real victim in all this.

(via @brookshansen247. Thanks to Justin for the link) 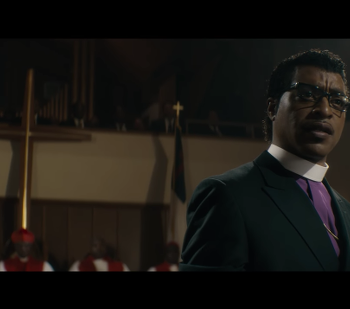 January 21, 2018
A New Netflix Movie Tells the Story of a Priest Who Stopped Believing in Hell
Next Post 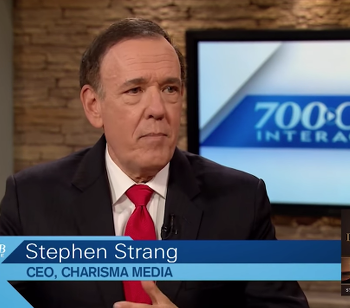