Graham initially suggested the entire story was fake since Trump hadn’t admitted it — but added that it wouldn’t matter even if it were true because Trump isn’t “President Perfect.”

I can promise you he is not President Perfect…

… Now did he have an affair with this woman? I have no clue, but I believe that 70 years of age, the president is a much different person today than he was four years ago, five years ago, ten years ago, or whatever, and we just have to give the man the benefit of the doubt. He said he didn’t do it, so okay, let’s say he didn’t do it…

I don’t think it’s hypocritical because he’s a flawed man, for me to try to support him and help him and pray for him. I’m a flawed person. And I would hate for people to see all the baggage I have in my life, but the fact is that God has forgiven me and I’ve asked for his forgiveness, and I think the president has, too.

A lot of atheists say that religious people are gullible, that they’ll believe anything as long as you say it’s based on their holy book. That’s an exaggeration for most people, obviously, but Graham is living proof that if you pay lip service to conservative Christians and throw them a bone every once in a while, they’ll believe anything you tell them.

There’s nothing Trump could do in his personal life, now or in the past, that will outweigh giving evangelicals the Supreme Court justice(s) of their dreams. Their fantasy came true, and that means Trump can live out whatever fantasies he has without ever fearing backlash from the Religious Right.

The hypocrisy has never been this clear. The only ones who refuse to see it are people like Franklin Graham.

By the way, Graham is the same person who was reluctant to accept Barack Obama‘s claims of being a Christian, saying of the president in 2012, “He has said he’s a Christian, so I just have to assume that he is.” Trump, on the other hand, lives his life in direct violation of evangelical principles, yet Graham rolls out Jesus’ Red Carpet for him.

This isn’t some fringe believer. This is the scion of evangelical royalty. This is supposed to be the best of what evangelical Christianity has to offer. Yet he’s nothing more than another right-wing fool who accepts every lie Trump tells him. To paraphrase one commenter, forget “President Perfect.” Trump isn’t even President Remotely Adequate.

Graham can’t bring himself to say that because he’s blinded by faith and his access to power. 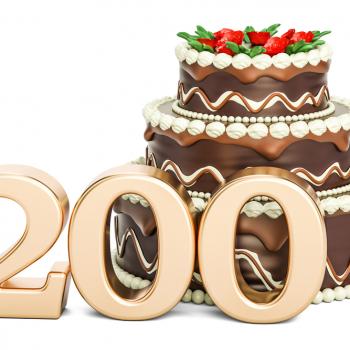