Donald Trump is traveling to Pennsylvania today in hopes of exciting his base enough to vote for Republican Rick Saccone in a special election to replace the disgraced Rep. Tim Murphy. 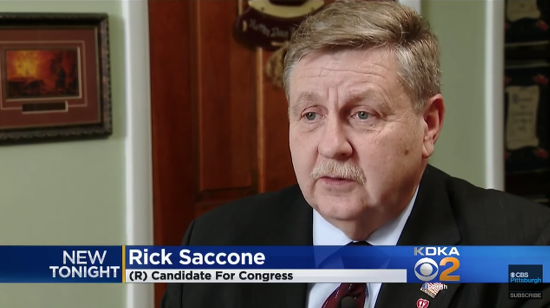 This shouldn’t even be a competition for Republicans. They’ve held onto that seat for 16 years! They gerrymandered the district in their favor! Trump won the district by 19 points!

Will be going to Pennsylvania today in order to give my total support to RICK SACCONE, running for Congress in a Special Election (March 13). Rick is a great guy. We need more Republicans to continue our already successful agenda!

The man at the center of the storm is Saccone, a state representative since 2011.

If you’re a regular reader of this site, his name is surely familiar to you because Saccone has been trying to merge church and state as long as he’s been in office. You’re going to hear a lot in the news about his conservative “values,” but let’s not forget why he’s an enemy of church/state separation.

In 2012, Saccone sponsored a resolution declaring it the “Year of the Bible” in Pennsylvania because it would serve “as a reminder that we must look to our faith in God and the Holy Scripture to provide us with the strength, wisdom and courage to conquer these great trials.”

In 2013, Saccone sponsored “National Fast Day,” saying we owe our “dependence upon the overruling power of God” and that the only nations that are blessed are the ones “whose God is the Lord.”

Later that year, he sponsored the “National Motto Display Act,” which would put the words “In God We Trust” in every public school — and possibly every classroom — in the state. He later claimed the bill was “bipartisan” because a single Democrat voted in favor of it and that even atheists backed it, citing his conversation with an unnamed leader of the Pennsylvania Atheists, a group which doesn’t exist. (In response, more than a dozen atheists who lead local groups across the state wrote an open letter denouncing Saccone’s bill.) He also said anyone who opposed his bill wasn’t really a patriot.

In 2015, Saccone was still stumping for Jesus. He told a church audience that our nation needed to “return to God through prayer” because that was the best way to prevent the country from descending into a “culture of chaos and destructive behavior.” (I can’t decide if Christians prayed too hard or not enough, based on what’s happened since then…)

And now Saccone wants to be a member of the U.S. House. He’s Roy Moore minus the sex scandals. He’s bad for Pennsylvania, and he’ll be bad for the country, because all he seems to care about is pushing his religious beliefs on a nation that deserves so much better.

Meanwhile, he’s up against a formidable Democratic challenger in Conor Lamb, a former federal prosecutor and Marine Corps vet. He’s a strong candidate on the right side of the issues, and none of them involve evangelizing to please Republican Jesus. Donate to his campaign right now — and if you live in Pennsylvania, be sure you’re registered to vote before February 12 so that you can stick it to the Religious Right on March 13.

We don’t need another Christian in Congress who doesn’t give a damn about the “least of these.” We need someone who actually cares about the kind of people Jesus helped, instead of someone who thinks trumpeting his personal God’s name is all that matters. 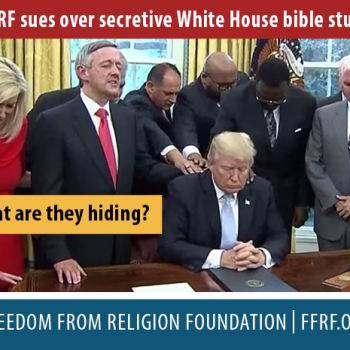 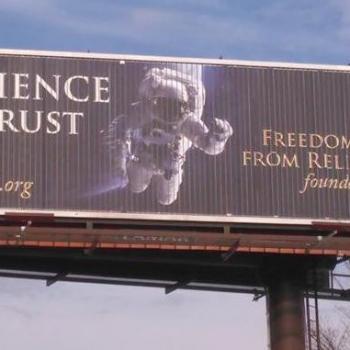