No one has seen Oliver McAfee for more than seven weeks, but the devout Irishman, on a visit to Israel, is thought to have recently left a trail of Bible pages and other religious objects in the Negev desert. 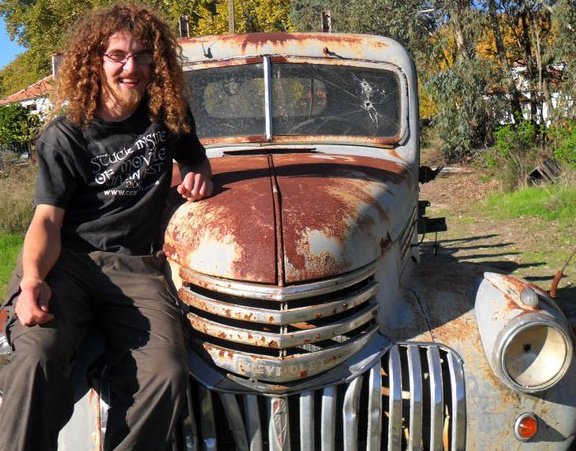 Israeli police reckon with the possibility that McAfee, a 29-year-old gardener and Bible enthusiast, has fallen victim to Jerusalem syndrome,

a rare but unsettling psychotic episode in which tourists in Israel suffer delusions of grand religious missions and sometimes even believe they are biblical figures. … Researchers believe Jerusalem Syndrome is the result of a trio of circumstances: preexisting mental illness, strong religious beliefs and travel to Israel that sparks a psychotic state when encountering the intense religious history of Jerusalem.

… may have deliberately disappeared into the harsh landscape. Volunteers recovered torn passages from the Bible weighed down by rocks, handwritten scripture and references to Jesus’ desert fasting, which lasted 40 days. Searchers also found what they called a “chapel” — a circular clearing flattened by a bicycle tool, the Daily Telegraph reported. “He seems to have been doing all kinds of ceremonies that we don’t really understand,” said Raz Arbel, a volunteer search team leader.

Materiel deployed in the search includes 4-wheel-drive vehicles, drones, and helicopters. Tracking dogs and police officers on horseback have also been dispatched.

Israel sees a fair amounts of these cases. The country’s health ministry records about 50 disappearances a year where “a tourist’s delusions are so strong that police or mental health professionals are forced to intervene.”

January 17, 2018
Christian “Prophet”: Hillary Clinton Collapsed in 2016 Because I Prayed for It
Next Post

January 17, 2018 Trump to Protect Health Workers Who Oppose Abortions and Transgender People
Browse Our Archives
What Are Your Thoughts?leave a comment