Two atheist groups have sent a letter to Defense Secretary General James Mattis calling for an end to “coerced prayers” in the military. Without saying they would file a lawsuit over specific problems, they laid out several instances in which non-religious troops had a choice: pray or be punished. 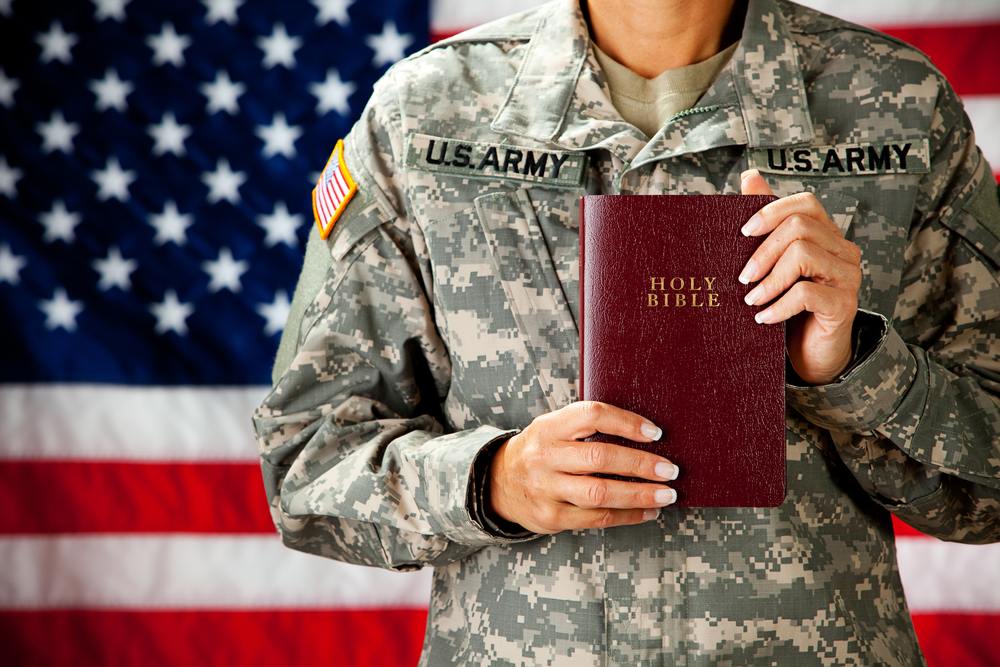 The Freedom From Religion Foundation and American Atheists say in their joint letter that they’ve seen an increase in the number of complaints coming from members who have family in the armed services.

The complainants allege, among other things, that facility organizers regularly include scheduled prayer in graduation ceremonies, cadets who opt not to attend worship services on Sundays are instead given menial tasks to perform, and instructors regularly lead recruits in prayers prior to administering tests. Further research into these issues suggests that these and similar practices are pervasive at our nation’s military training facilities.

Military officials may say these religious acts are never forced upon anyone, but look at those examples. Imagine remaining seated during a formal prayer at graduation, or having to decide between church and chores, or pushing back against your superiors. No member of the military should be put in a position where their beliefs about God put them in an awkward position.

Beyond that, the atheists say, this is unconstitutional.

By scheduling prayers in graduation ceremonies and leading cadets in prayer prior to examinations, the country’s military training facilities are violating the Establishment Clause of the First Amendment. While military chaplains may provide religious services to those who seek them out, their mission does not include proselytizing or infusing secular ceremonies with the chaplain’s personal religious beliefs.

The groups also note that by assigning menial or labor-intensive tasks to cadets who elect not to participate in worship rituals, the facilities are breaching the equal protection principles of the Fifth Amendment by engaging in religious discrimination.

FFRF and AA are asking Mattis to meet with them to hear their concerns in person; they also want the Department of Defense to “take steps immediately” to prevent these violations from happening in the future.

Anything less would be hurting the very people who sacrifice so much for the sake of our country.