Last night, the city commissioners in Longwood, Florida put an end to the practice of religious invocations at meetings.

They voted 5-0 to adopt a moment of silence, allowing people of all faiths and no faith to privately reflect however they’d like instead of imposing one person’s views on everybody. It’s a smart decision. It also saves their staff some time since they’ll no longer have to go looking for and coordinating people to speak. The change simply reverts the rules back to what they were four years ago, when the invocations were instated. 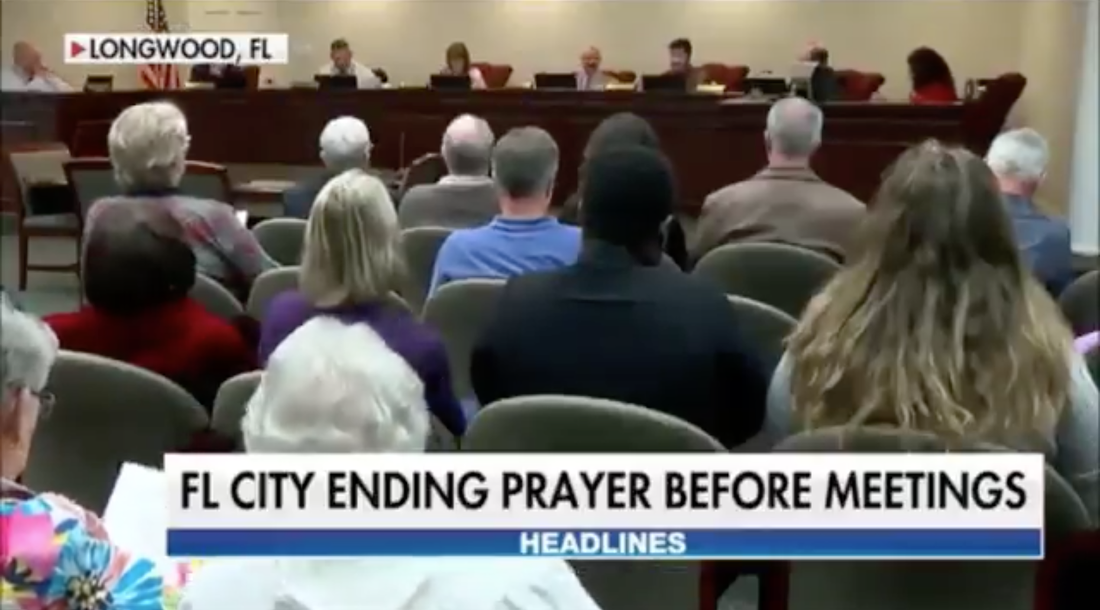 For what it’s worth, Longwood has included secular speakers in the invocation rotation several times. But the atheists pushed for the moment of silence option.

[Longwood Deputy Mayor Richard] Drummond said they’ve hosted religious and secular leaders for giving the invocation in the past. But he says this is a more respectful choice — and also a practical one. “It’s always very interesting, but it’s a lot of work for the staff, also, to line that up for each meeting.”

That’s fine for Joseph Richardson, from the Central Florida Free-Thought community. “It’s extremely inclusive. No one is ‘outside’ the idea of having a moment of silence. As opposed to any individual prayer is always somewhat exclusive.”

It’s fine for Richardson and other non-Christians in the area, but the FOX News crowd isn’t taking the news so well. The story was one of the headlines on FOX & Friends this morning:

Somehow, the comments underneath that tweet include people yelling into the ether about how the moment of silence will open the door to Islamic prayers (?), how the Devil caused this change, and how they’ll never again visit the city.

The fight isn’t over yet though. Longwood was in the news about a year ago because its city hall includes a Christian display honoring veterans: a large cross with the words “We Will Never Forget Their Sacrifices.”

When the Freedom From Religion Foundation warned them that the display was violating church/state separation, nothing happened… but that was with the last mayor and a different set of commissioners.

Maybe the revised and upgraded commission will tackle this problem next. 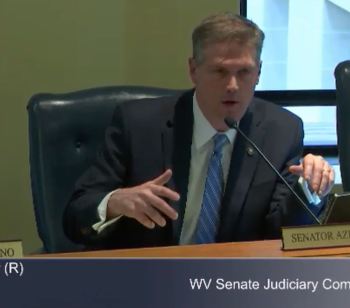 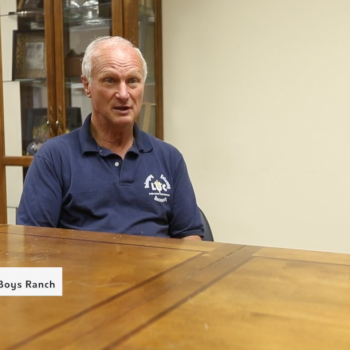 January 16, 2018 Christian Boys Camp Allegedly Covered Up Sexual Assaults By Residents
Browse Our Archives
What Are Your Thoughts?leave a comment