Dennis Prager: If You Don’t Believe in the Afterlife, You’ll Go Insane

Conservative commentator Dennis Prager just released the latest video in his PragerU series (the “U,” I assume, stands for “Uninformed”), and this one’s all about why there must be an afterlife.

His argument boils down to a simple, completely unverifiable, statement: “If there is a God, there is an afterlife.”

That’s quite the if statement there…

Prager argues that only an afterlife would allow God to punish people who were evil on Earth, comfort those who died of sickness, and grant life to babies who died before they ever had a chance to grow up.

In other words, his argument for why an afterlife exists is that it makes him feel better. If there was no afterlife, then that would mean horrible people just get away with their actions, that people can die for no rational reason, that bad things happen to good people, etc.

Yeah. That’s how it works. Reality’s job isn’t to help you sleep better at night. It’s to be honest. Prager can’t handle the honesty, so he buys into a myth that comforts him.

He also condemns all those people, like atheists, who claim that the only “afterlife” is the legacy we leave behind, our “good works.” That’s entirely true — we live on through our children or the people whose lives we made better — but when we say that, there’s an underlying assumption that most of us will never live on forever. How far back do you really remember your ancestors? After a few generations, even the best people eventually fade away from our collective conscience.

But that doesn’t have to be depressing. We are lucky to be alive right now. As the famous Richard Dawkins line goes, “Most people are never going to die because they are never going to be born.” Do you make the most of your finite time on Earth or do you squander it? I choose reality over a comforting lie. Life isn’t meaningless or pointless for the simple reason that no Higher Power bestows some purpose onto us. It’s up to us to decide what to do with our victory in the genetic lottery.

Not that Prager can understand any of that. This is how he closes the video:

Finally, people always ask me, “So, what happens in the afterlife?” To which I can only respond, “I don’t know!”

This would drive me mad. In fact, I don’t see how it wouldn’t drive anyone mad who cares about suffering and who loves anyone.

As someone who cares about suffering and who loves people, I’m doing just fine, thank you very much. But Prager may want to look at the conservative Christians currently running the White House, tearing apart families, making sure poor people have a tougher time getting the healthcare they need, and further destroying the only planet we know that’s hospital to life.

If anything, and setting aside their general incompetence, you could argue that their belief in the afterlife leads them to ignore all the harm they’re causing in this life because they figure they’ll get a second chance anyway.

That’s what happens when you can’t be honest with yourself. 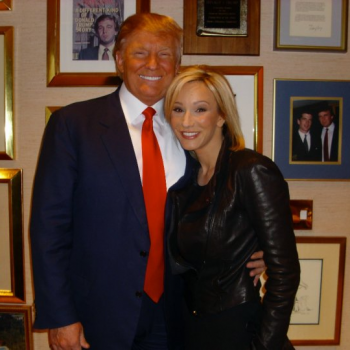 January 9, 2018
Trump’s Spiritual Advisor: Give My Church One Month’s Pay or Face “Consequences”
Next Post 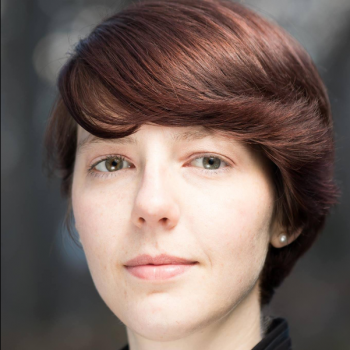