Evangelical Pastor: “Israel’s No Longer God’s Chosen People. We Are”

Last weekend, Pastor Paul Wingfield of White Flag Church in St. Louis gave a sermon answering some burning questions from his congregation. One of them asked him to explain the significance of Donald Trump moving the U.S. embassy to Jerusalem. Why was that important? (Or was it?)

It won’t surprise you to learn that the evangelical pastor was fully supportive of the move. After giving the Christian version of the history of Israel — at 38:54, Wingfield refers to Palestinians as “Arab Muslims” who “hate you and, if they had a chance, they would rape your family and kill you, all of them” — he made an even more eyebrow-raising claim.

The desire that liberals have pumped into our society that we need to really really sympathize with the refugees who come from places that want to destroy every single one of us and somehow, our culture just goes, “Yeah, let’s be on that side,” I will never understand… especially when there’s simple scripture that says, “You might want to be on the right side of this”…

… I’m gonna tell you something that I don’t have time to explain. But guess what? Israel’s no longer God’s Chosen People. We are.

Oh, please find time to explain, because I’m guessing the Jews will be surprised to learn they’ve been replaced.

Wingfield closed his sermon by daring people to challenge what he said because, he claimed, “I’m a logic-driven guy.” 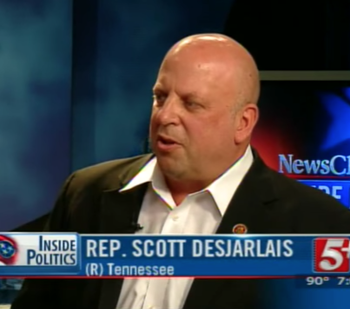 January 6, 2018
Christian Congressman: God Forgave Me For Sleeping With Patients, Paying For Abortions
Next Post 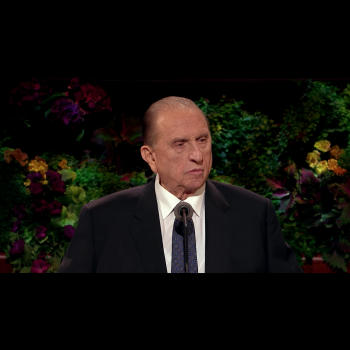