Christian Radio Host: We Must “Re-Horrify People About the Sin of Homosexuality” January 5, 2018 Hemant Mehta

Christian Radio Host: We Must “Re-Horrify People About the Sin of Homosexuality”

Linda Harvey, the Mission: America founder and professional bigot, whined on her radio show this week about how homosexuality has pretty much been accepted throughout the country despite her efforts and those of guest Peter LaBarbera.

She then proposed a solution to reverse the trend: All she has to do is convince everyone that gay people are scary.

“So many of these groups are predators,” she said. “I believe that the homosexual clubs in schools are just red flags for predators. I think that they exist there as an audience to continue to fast track kids into the lifestyle, network with adults — I mean, who knows what goes on there.”

“How do we re-horrify people about the sin of homosexuality?” she wondered. “People are becoming so comfortable with this, even people on our side. We need to re-horrify them.”

It won’t work. Young people, especially, have no problem with LGBTQ people, and they know that Christians routinely lie about them in an effort to block or rescind their rights. Right-wing Christians spread the lie that gay parents aren’t as good as straight ones, that people who are gay or lesbian can turn straight, that transgender people are just “confused,” that marriage equality will ruin the institution of marriage, etc.

We’ve heard those Bible-based smears already. And it’s part of the reason Christianity itself isn’t popular among younger Americans. When you keep pretending there’s a monster under the bed, eventually, we’re going to look. When we see there’s nothing there, the lesson will become obvious: Don’t trust the people trying to freak you out over nothing. These Christians aren’t interested in the truth. They’re just bigots who use the Bible to justify their hate.

January 5, 2018
Roy Moore's Jewish Attorney Has Been Found... and He's Actually a Christian
Next Post 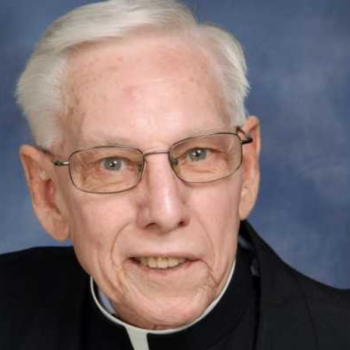