Sisters Bethany Baird and Kristen Clark have a Youtube channel called Girl Defined in which they discuss various social issues through an evangelical Christian lens. (We previously wrote about their video on biblical womanhood.)

Their latest video focuses on pornography, which you can safely assume they stand against. That alone isn’t an issue, and their concerns aren’t entirely off-base, but there’s room for criticism throughout the video.

The sisters’ three main points about how pornography damages girls are as follows:

1) You are only as valuable as your body

2) Nudity is common and cheap

Again, I sort of agree here, in that it can be. Any film or music video seeking higher ratings can employ suggestive clothing, or no clothing, and achieve that attention. It’s hardly original, but it works.

3) It’s empowering to be objectified

Bethany recalls a painful experience during a modeling interview in which she was told that she would never make it as a model if she refused to “strip down” for the camera. That sort of exploitation should be condemned across the board. No one should coerce women into making choices they aren’t comfortable with.

The Bible is silent on all of these, but Baird and Clark seem like they have opinions on all of them. Maybe they should admit the concept of sexual expression isn’t as clearly “defined” as they think it is. 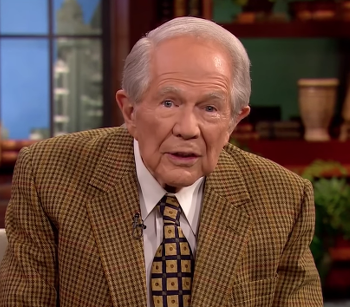 January 4, 2018
Pat Robertson: There Won't Be a Nuclear War with Kim Jong-un Because God's Busy
Next Post

January 4, 2018 These Proposed Bills in Mississippi Are a Huge Gift to the Christian Right
Browse Our Archives
What Are Your Thoughts?leave a comment