Critics of Christianity have always been quick to point out evangelical hypocrisy, but that hit a fever pitch after 81% of white evangelicals voted for Donald Trump in 2016.

More importantly, why the hell do they still back Trump when he’s been a national embarrassment and disgrace? For people who say they love the poor and marginalized, Trump’s biggest legislative accomplishment to date has been to raise taxes over time on the poor and middle class while giving a cut to the wealthy. Nothing he does seems to matter. Hell, only one person so far has walked away from Trump’s Evangelical Advisory Board.

It would be unfair, though, to lump all Christians together in their defense of Trump. Many have asked the same critical questions. Still, it’s always meaningful when a Christian leader does it, so tip your cap to the Church of England’s Paul Bayes, the bishop of Liverpool, who held little back in comments made to the Guardian. 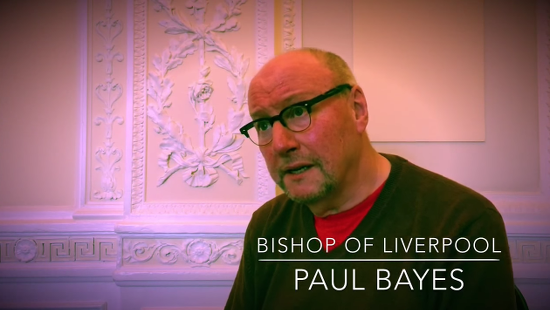 What he said wasn’t mind-blowing, but that doesn’t mean it wasn’t important.

“Whenever people say those kinds of things, they need to be able to justify that they’re saying those things as Christians, and I do not believe it’s justifiable.”

He said he regretted that “people who call themselves evangelical in the US seem to be uncritically accepting” positions taken by Trump and his allies.

He’s absolutely right. It’s not just evangelicals in the wild accepting Trump’s bullshit, but ones close to Trump, too. Mike Pence and Sarah Huckabee Sanders both spread lies in defense of Trump while proudly wearing their Christian faith on their sleeve. They think that if they wave their religion in everyone’s face, America will assume they’re honest. The con might work for the segment of the country for whom facts don’t matter, but it’s obvious hypocrisy to the rest of us.

Bayes isn’t merely being critical. He’s trying to defend his faith as fellow believers drag down his religion’s reputation.

“… if what I believe are the clear teachings of the gospel about love for all, the desire for justice and for making sure marginalised and defenceless people are protected, if it looks as though those teachings are being contradicted, then I think there is a need to say so.”

If Trump has done anything useful so far, it’s that he’s laid bare the moral bankruptcy of evangelical Christianity. When he’s finally out of office, let’s hope he takes those Christian supporters down with him, paving the way for more sensible voices to break through. 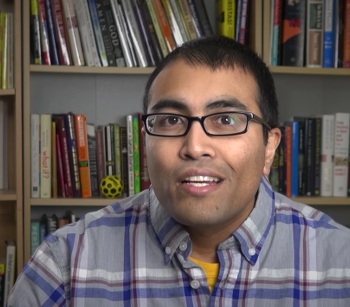 January 1, 2018
A New Year's Resolution for Atheists
Next Post 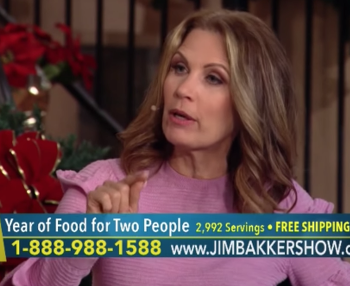 January 2, 2018 If God Gives Her a Sign, Michele Bachmann Will Run for Al Franken's Senate Seat
Browse Our Archives
What Are Your Thoughts?leave a comment