The anti-vaccination movement in the United States, fueled by celebrities like Jenny McCarthy and Jim Carrey with assistance from religious groups that oppose vaccines, has already led to serious measles outbreaks across the country.

As Indonesia deals with its own deadly diphtheria crisis, we can’t help but note some parallels. 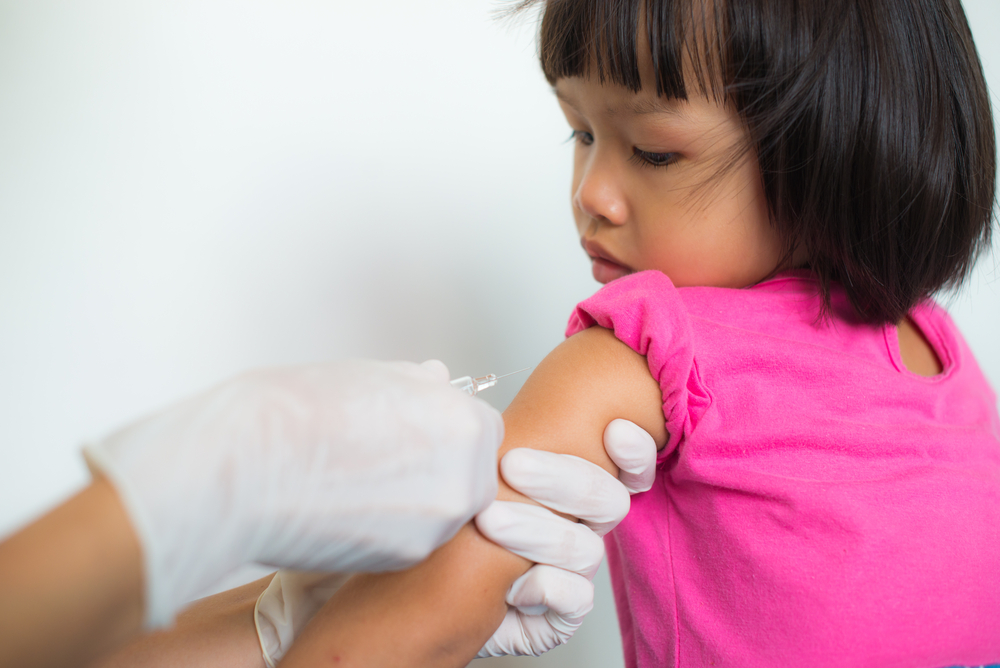 At least 38 people — most of them children — have died from diphtheria in the last year in Indonesia. The epidemic of non-vaccination is so bad that it caused the country to launch a immunization campaign to get vaccines to millions of children and teenagers.

How could such a thing happen? There are several contributing factors, according to Niniek Karmini of the Associated Press, but the one that sticks out to me is that some fundamentalist Muslims in the nation, which has the world’s largest Muslim population, think vaccines violate Islamic law.

The phenomenon has not gone completely unnoticed, and some onlookers say the impact of religious fundamentalism on the rise in diphtheria cases is understated. A recent report pinpoints “religious orthodoxy” as a causative factor in the continuing outbreak.

According to Kadaristiana, many Muslims believe that following ‘sunnah’ (or the way of the Prophet) is enough protection against diseases. “I think we need to conduct large-scale research on the anti-vaccination movement to formulate solutions, and this should involve policy makers, researchers, the MUI, media and surveillance agencies,” she says.

The bottom line is there are several cultural and political reasons why vaccine denialism is on the rise, but in Indonesia a significant part of that can be traced to reasoning rooted in Islamic fundamentalism.

Some believers just think they don’t need vaccines if they follow Allah’s laws, a mindset similar to Christian Scientists who refuse to see doctors (or send their sick kids to doctors) because they believe their prayers are enough. Others think vaccines are prohibited (haram) under Islamic law. But even the Indonesian Ulema Council (MUI) believes that latter group is misguided, saying vaccines are indeed allowed by the faith.

All of this parallels the U.S., where “religious” exemptions to receiving vaccines are often granted despite the fact that most religions themselves can’t be shown to directly oppose vaccines. (For some reason, holy books never seem to mention inoculations.)

It’s almost impossible to find a religion that has a clear anti-vaccine stance. As articles about religious schools with measles outbreaks are quick to point out, even if one spokesperson claims vaccination is against the group’s beliefs, there is always a second spokesperson who will contradict that claim.

As with most things involving religion, it comes down to interpretation. Some believers will say their religion forbids vaccines, while others might argue that the scientific advancements themselves are answered prayers or gifts from God himself.

This is exactly why we can’t allow people to put their kids and others in danger because of religious objections: it is completely subjective. And allowing people to go unvaccinated puts everybody at risk. 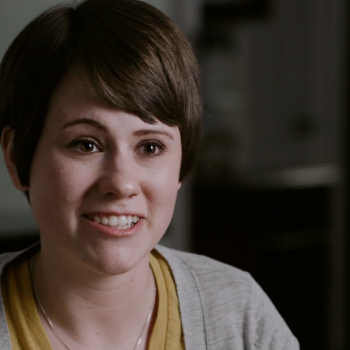 January 1, 2018
"Ex-Lesbian" Who Once "Used Men’s Bathrooms" Wants You to Get Saved by Jesus
Next Post 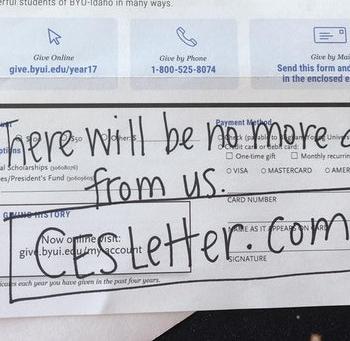 January 1, 2018 Here's One Way to Respond to Donation Requests from Your Religious Alma Mater
Browse Our Archives
What Are Your Thoughts?leave a comment