Now you can see a display that reminds you not to have other gods before God… before you head to Spencer’s to buy fake vomit. 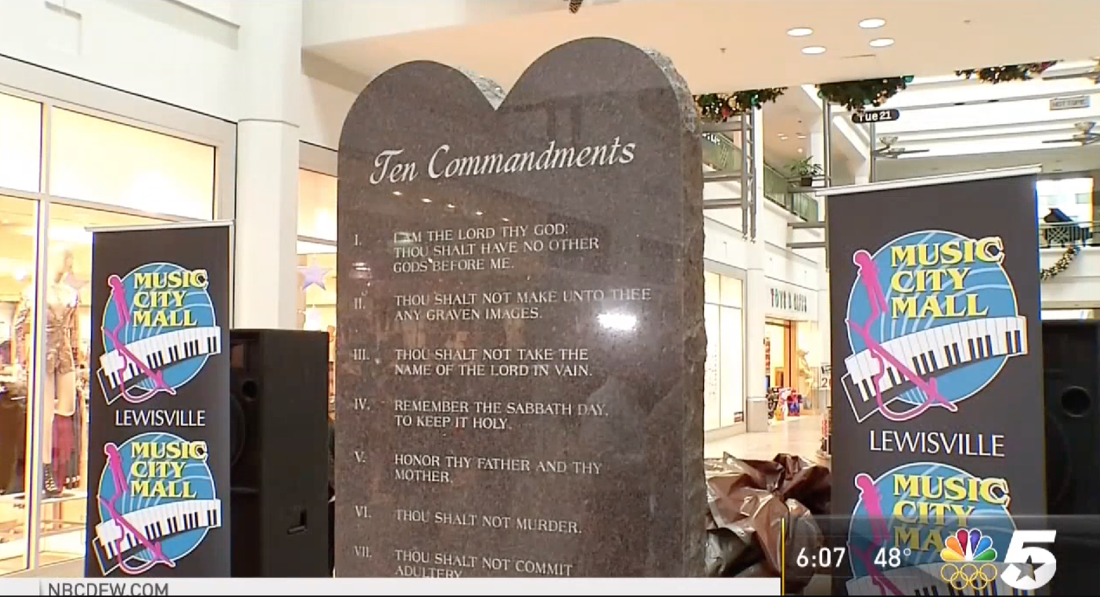 “We’re not trying to make a statement or create a controversy,” said mall general manager Richard Morton. “This is part of Mr. Bushman’s belief system, and he’s not ashamed to share it.”

That’s… fine. It’s pointless, but it’s fine. At least it’s private property, for once, so Bushman can do whatever he wants.

Let’s not pretend anyone is going to pay much attention, though. No one’s going to a mall to learn why thy must obey the Christian God or why they shouldn’t commit adultery.

Hell, even Bushman doesn’t really care. The mall is open on Saturdays and Sundays, so forget keeping the Sabbath Day holy. The movie theater presumably features films where characters take the Lord’s name in vain. He’s counting on teenage customers who come to mall to get away from their parents rather than honoring their wishes. And every store in the mall wants you to covet their goods.

He would’ve been better off just putting up a sign saying “Thou shalt not steal” and leaving it at that. Instead, he used his faith to create a spectacle, to drum up publicity, to make more money. Just like Jesus wanted.

This monument is nothing more than the death throes of a dying business model. It’s not illegal, but like the rest of the mall, it’s a relic that should’ve evolved a long time ago. 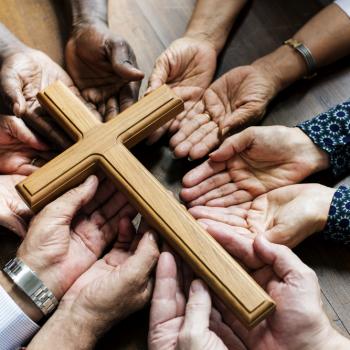 December 31, 2017
America's 100 Largest Churches Are All Anti-Gay and Mostly Led By White Men
Next Post 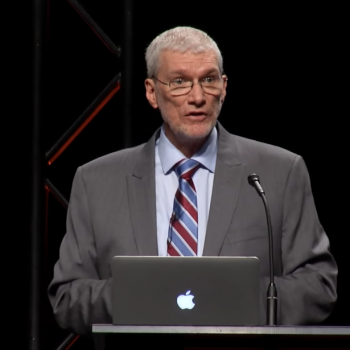