Entertainer Sean “Diddy” Combs seems to think God wants him to buy the Carolina Panthers, and he’s appealing to NFL team owners to help make it happen. Diddy tweeted a photo of himself recently, wearing a Panthers jersey, saying his pursuit of the team was “God’s work.”

The time is now. Let’s make it happen!! pic.twitter.com/zex7LTZ8mn

Interestingly, the previous owner of the Panthers stepped away from the NFL in the wake of sexual misconduct allegations. That means, if it is really God’s will that Diddy become the owner, God was up to some pretty nefarious activities.

The tweet comes after former Panthers owner Jerry Richardson, 81, announced that he would be selling the team following an investigation into allegations brought against him. While Richardson founded the Panthers, at least four allegations of workplace misconduct have been brought against him which resulted in settlements being paid out, according to Sports Illustrated.

In a letter posted on the Panthers website, Richardson announced that he would sell his franchise at the end of the season. Until then, he is focusing on the team winning a Super Bowl.

Just to follow the logic here, in Diddy’s mind, God must have also caused these instances of sexual misconduct or — at best — allowed Richardson to get away with it until this moment, when Diddy is finally ready to buy the team. You would hope an all-knowing, all-powerful deity would want nothing to do with that… but can’t nobody hold Diddy down.

Diddy may actually be making sense here. We all know God decides the outcome of nearly all professional sports games, according to all those players thanking Him after a victory (though never for a loss), so perhaps this is just another piece to that mysterious Plan we keep hearing about. 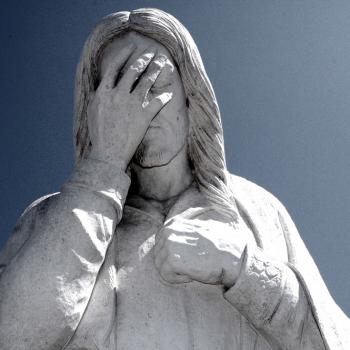 December 24, 2017
If Christians Hate Being Persecuted, They Should Blame the People in the Mirror
Next Post 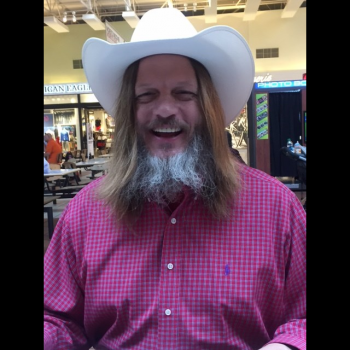 December 24, 2017 GOP Candidate for TX Gov: "I'd Gladly Execute" Gay People (Like the Bible Says)
Browse Our Archives
What Are Your Thoughts?leave a comment