It’s bad enough when a local government erects a Nativity scene outside a courthouse or city hall. But over the past week in Hardeman County, Tennessee, local officials both staged and participated in a live Nativity. It completely disregards every law we have against politicians using their offices to promote their personal religious beliefs. 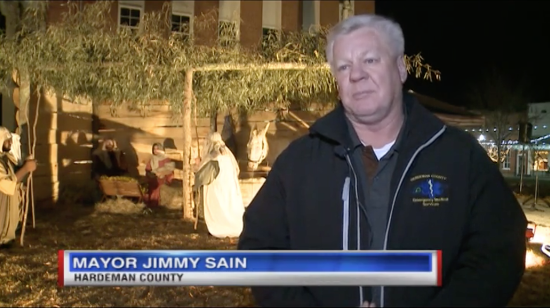 “We used to have a Santa house on the square and they moved it to another location this year, which opened up a great opportunity to put the live Nativity scene on the square,” County Mayor Jimmy Sain said.

“Christmas has become so commercialized, and in Hardeman County we want everybody to realize what the true meaning of Christmas is and about Jesus’ birth,” Mayor Sain said.

Freedom From Religion Foundation attorney Rebecca Markert called the event “unlawful” in a letter sent to Mayor Sain. She urged him to put a stop to it immediately.

In [Allegheny County v. ACLU of Pittsburgh (1989)], the Supreme Court held that a county government’s crèche displayed in the county courthouse was an unconstitutional endorsement of religion… The Court further determined that the placement of the crèche on the Grand Staircase of the county courthouse contributed to its illegality because “no viewer could reasonably think it occupies this location without support and approval of the government”… Moreover, the Court found that the nativity scene “sen[t] an unmistakable message that [the county] supports and promotes the Christian praise to God that is the crèche’s religious message.”

There are ample private and church grounds where religious displays may be freely placed. Once the government enters into the religious business, conferring endorsement and preference for one religion over others, it strikes a blow at religious liberty, forcing taxpayers of all faiths and of no religion to support a particular expression of worship.

FFRF is merely asking the County for a promise this won’t happen again. Hardeman officials may have gotten away with it this year, but if they do it again in the future, even after this warning, there could be a lawsuit. If that were to happen, the city would have no defense at all given how even inanimate displays have been struck down as unconstitutional.

Two other quick notes: Was the city taking care of the animals properly? (How do we know that?)

And why did WBBJ TV cover this event without even once mentioning the possible church/state separation violation? Their segment was a fluff piece that ignored the most important aspect of the story. How did no one at that station notice that ahead of time? 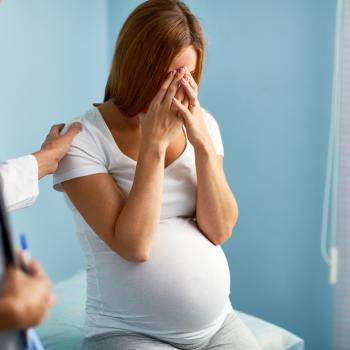 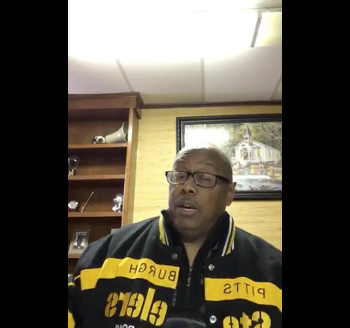