Even Progressive Interpretations of Homosexuality in the Bible Are a Problem December 21, 2017 Hemant Mehta

Even Progressive Interpretations of Homosexuality in the Bible Are a Problem

What does the Bible say about homosexuality? And is there a way to rationalize the “clobber verses” so that they aren’t as anti-gay as they seem?

Drew McCoy (a.k.a. Genetically Modified Skeptic), a former fundamentalist Christian himself, takes a look at the relevant verses, how some progressives explain them away, and why their interpretations don’t make any sense.

The gist of it boils down to this, no matter what Christians believe: “They are either at odds with reality and morality in condemning it… or at odds with a logically consistent view of biblical doctrine in accepting it.”

The fact that this is even being debated continues to be a stain on Christianity. When it’s this difficult to justify civil rights and compassion — when it this hard to make such an easy moral decision — it’s clear we shouldn’t be looking at the Bible as a guidebook for life. 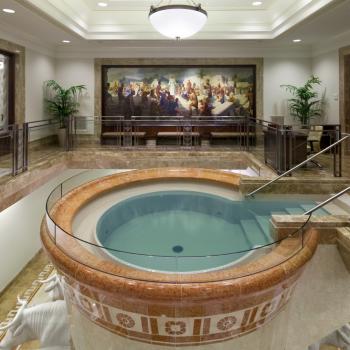