If you look in today’s print edition of the New York Times, you’ll find this full-page ad placed by the Freedom From Religion Foundation. (No better time to do that than the Winter Solstice, right?) 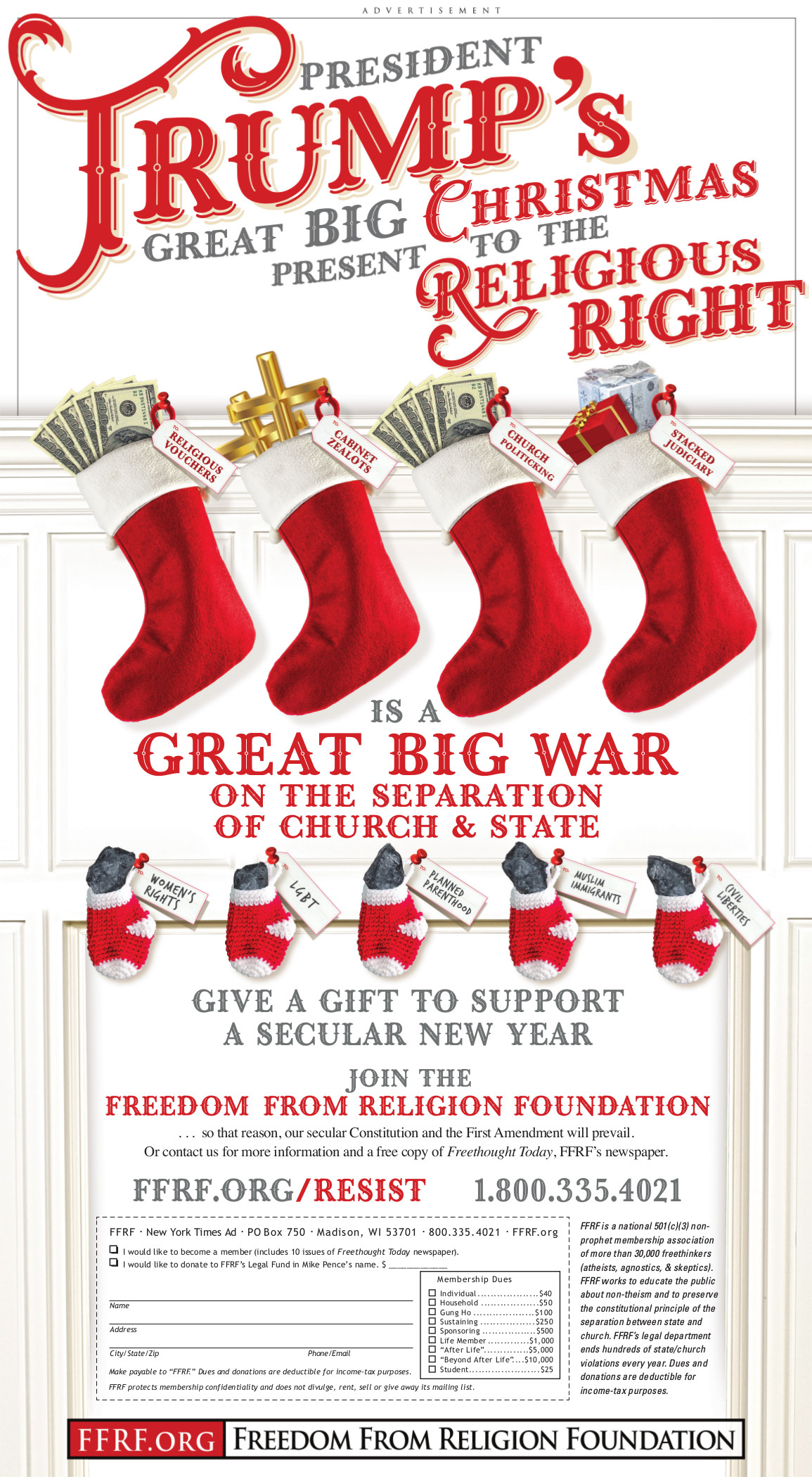 “President Trump’s great big Christmas present to the Religious Right… is a great big war on the separation of church and state,” the ad states.

Pictured under that headline are four fat stockings, labeled “Religious vouchers,” “Cabinet Zealots,” “Church Politicking” and “Stacked Judiciary,” stuffed with cash, crosses and gifts. Underneath them are miniature stockings, each with a piece of coal, with greeting cards addressed to “Women’s rights,” “LGBT,” “Planned Parenthood,” “Muslim Immigrants” and “Civil Liberties.”

Sounds about right. We know what Donald Trump cares about. Women, immigrants, and the Constitution aren’t anywhere on the priority list. That’s not a surprise — certainly not to typical New York Times readers — but it’s important to keep stressing why this administration is so dangerous to so many.

It’s one of the most defining aspects of our politics right now: The people in charge are doing everything they can to hurt those trying to make life better for the ones who have the most to lose. 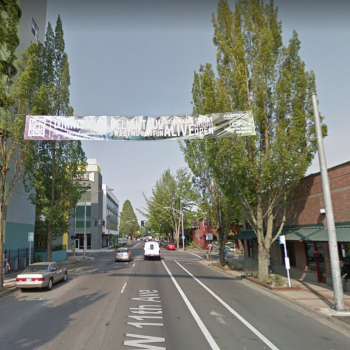