In case you were wondering if our very existence is in danger because of Donald Trump, there’s no need to worry. Authors Paul McGuire and Troy Anderson, who just wrote a book called Trumpocalypse, plan to get the book in the president’s hands so that he can announce a National Day of Repentance and avoid God’s judgment.

They made the announcement last week during a taping on SkyWatch TV.

McGuire and Anderson told host Derek Gilbert that they will be getting the book directly into the hands of President Trump, whom they hope will read it and follow their recommendation that he declares a national day of repentance in hopes of staving off God’s judgment on America.

“A minister friend of ours is working with the White House and members of Congress on a congressional resolution that would call for this national day of repentance,” Anderson said. “The idea is that, from the Oval Office, he would read the Lincoln proclamation, repent of America’s sins before God and there would be a day-long event. Rabbi Jonathan Cahn has agreed to do a Passover seder, Anne Graham Lotz has been praying with our minister friend that is coordinating this and many members of Congress and faith leaders are getting on board with this.”

Oh good. Because when you have an inside connection to the White House, this is the best way to use that advantage…

Maybe next time, instead of getting Trump to declare a Day of Repentance to avoid the consequences of problems he’s causing, they could just have their insider move Trump’s phone to a new location so that a crisis is averted for at least a couple of minutes. It’d be far more useful.

And given Trump’s complete incompetence, even if declaring a day of repentance worked, he’d probably find a way to screw it up and make God even angrier.

Then again, Trump has admitted he never asks for forgiveness, so all of this is likely moot. 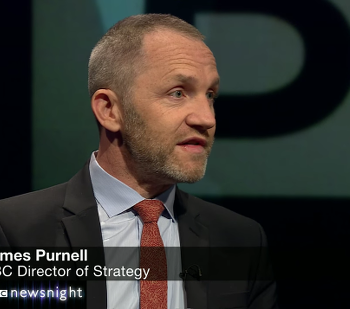 December 20, 2017
No One Should Care That the BBC's Head of Religious Programming is an Atheist
Next Post

December 20, 2017 Atheists File Discrimination Complaint Against Wyoming Department of Corrections
Browse Our Archives
What Are Your Thoughts?leave a comment