Conservative columnist Kurt Schlichter was profoundly disturbed when he came across an article by Lara Witt at Everyday Feminism about dating as a feminist. 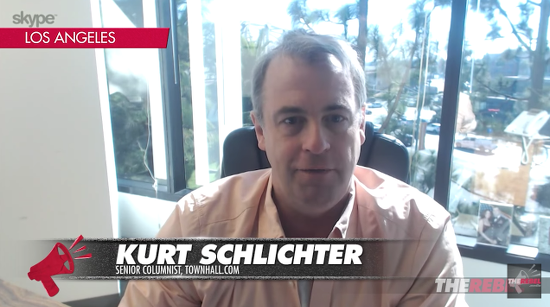 Recently, a young being — I don’t want to presume its gender identity, but it’ll probably throw a hissy fit about my blatant chrono-shaming anyway — scribbled an article titled 10 Things Every Intersectional Feminist Should Ask On a First Date for his/her/xir fellow liberal freaks. It’s an illuminating view into the twisted minds of the SJWs, but the article never answers the first question we all asked ourselves reading the title: “Why the hell would anyone ever date an intersectional feminist?”

Oh gosh, I don’t know! Maybe Kurt should ask my boyfriend? Also, he really needn’t worry so much about misgendering her — if he was really that concerned, he could have easily checked her Twitter profile (as I did), which specifies that she uses she and her. But I get it. He making a hilarious joke about how these wacky kids today just don’t respect the gender binary.

Rather than bursting into an impromptu duet with Paul Lynde, Schlichter decided to work out his grievances by making his very own list of questions that “real conservatives” should ask their dates. You know, should they actually ever have them. (According to OKCupid’s data, liking Trump is more of a dealbreaker for users on their site than golden showers.)

But as conservatives, it’s vital that we also do some screening of our own. After all, the last thing we want to do is inadvertently turn down a Darwinian not-a-through-street and spawn more liberals. I’m out of the dating game thanks to my closed-minded, heavily-armed, hot American-Cuban wife, but let me try to help out you singleberries with some questions to assist you in detecting any right-swipes who are actually covert leftist weirdos, losers, and/or mutations.

Now, this should not actually be that hard to determine. A “covert leftist” pretending to be right-wing in order to sex up a Trump supporter seems like a pretty unlikely scenario. But Schlichter wants to help you weed these secret Bolsheviks out of the woodwork with a series of 11 questions.

Like this one, in which your ideal date must demonstrate his or her profound misunderstanding of the phrase “Black Lives Matter.”

1. Do you believe that any group’s lives matter more than others?

The answer should be a resounding, “Yes!”

American lives matter more than the lives of foreigners, our allies matter more than our enemies, and some people — like jihadists, perverts, and people who refuse to acknowledge the manifest truth that Die Hard is a Christmas movie — matter not at all and should be hunted for sport.

If your date starts telling you some races matter more than others, get up and leave — preferably sticking your date with the check. The last thing you want is some prog-eugenicist who puts people into categories based on where their great-great-great grandfather came from and then justifying it because every pale truck driver from Lawton, Oklahoma, was somehow born with overwhelming privilege.

Actually, if your date ever uses the term “privilege” non-ironically, ditch.

Nothing more original than someone who says Die Hard is their favorite Christmas movie!

According to Schlichter, your date should also think climate change is something liberals made up to try and take the fun out of pollution.

8. Do you believe in climate change?

The answer is, “Yes.” The climate changes all the time. What you really want to know is whether your date is a cultist affiliated with the liberals’ weird weather religion.

Here’s a good way to find out. Offer to drive your date, in a Ford F-150 pick-up truck with no catalytic converter, to a local wood fire BBQ joint that advertises, “We have the best ribs and the biggest carbon footprint in town!”

Yes, that surely is why all of the scientists believe in it — because they are weird. Unlike Kurt Schlichter who, as a very normal and emotionally stable person, is going to deliberately do everything he can to pollute the earth, out of spite.

The other opinions your date should have, according to Schlichter, is that there are only two genders, guns are awesome and you should have more of them even if you don’t know how many guns you have, genociding Native Americans was an AWESOME thing to do, socialism is bad, war is super great, CNN is fake news, and Donald Trump is the LITERAL BEST EVER.

Alas, most of these questions are fairly unnecessary. You could arrive at the same conclusion simply by confirming that your date loves Trump and is also deeply inconsiderate of everyone else. Do they snap their fingers at the server? Do they have a list of reasons for why they don’t believe in tipping? Do they chew with their mouth open? Do they deliberately misunderstand everything you say and refuse to listen when you try to explain it to them like they are five years old? If so, you — the studious Schlichter reader — have likely found true love. And if your date shows up looking like Rambo, covered from head to toe in guns and ammo, you should just go ahead and start picking out the wedding china.

In all honesty, however, it’s probably a good thing for America’s dating public that Schlichter is touting these questions to his followers. That way, when you end up on a date with one of them, it won’t be hard to know you’re out with a complete asshole and realize that you forgot about your plans to wash your hair that night. 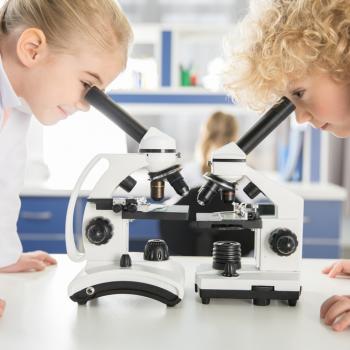 December 20, 2017
Creationist: Avoid Science Museums Since They Indoctrinate Kids With Fossils
Next Post

December 20, 2017 Pastor and Wife Convicted of Ripping Off Church Members for $2 Million
Browse Our Archives
What Are Your Thoughts?leave a comment