About eight years ago, a U.S. atheist who was living with his Christian father received a surprise. The son had been reading Christopher Hitchens‘ God is Not Great. As a joke, the dad — who thought of any atheist as “a mouth-piece for Satan” — then made a fake rebuttal volume entitled Atheism And the Morons who believe it (it consisted of a home-printed cover wrapped around a “Dilbert” comic book) and left it for the son to find.

The jab would have vanished into Reddit‘s mists of time were it not for the fact that the father revealed an unexpected and belated twist to the story the other day.

The son never did rethink his atheism, but thanks in part to Hitchens’ works, the father ended up ditching his faith. 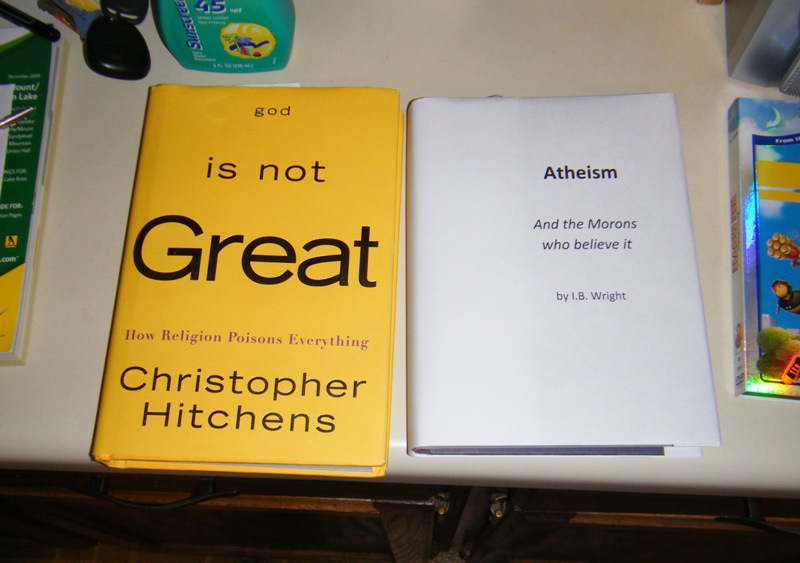 The year was 2009. I discovered that my oldest son had bought and read Hitchens’ book entitled God is Not Great. As a Christian, I was offended. “What!? How dare this man write a book with such a title!” I also certainly didn’t like the notion that “religion poisons everything”.

After discovering the book in my son’s room, I lightly skimmed it but I was literally too scared to seriously read it. I feared for my soul and the potential influence of the book. So what did I do?

Using a poor attempt at humor, I printed up a fake book cover entitled “Atheism, And the Morons who believe it” with a fictional author name of “I.B. Wright.” … I wrote something stupid on the back page cover too, a feeble attempt to support my revised book title. I left my creative work in my son’s room for him to admire.

Over time, the father confronted his own fears and superstitions and transitioned out of faith.

I look back on all of this [the episode with the fake book] with embarrassment. Unfortunately, indoctrination shuts off critical thinking, and I was very indoctrinated during my early years. I’m just grateful now that my son didn’t hide his change in beliefs and that eventually, I broke the spell. …

I wish I could point to a specific tipping point, but it was death by a 1,000 paper cuts in terms of my faith. … [A] trip to the Natural History Museum in DC many years ago was pretty influential. Before that trip, I had also spent many years looking for evidence and influential arguments to win my son’s lost faith back. But in the end, it was my faith that got lost, and I couldn’t be happier.

Junior and Senior now see eye to eye on religion, and the father says that although they live far apart, they are otherwise close:

My son and I have a great relationship now. When I remarried last year, he served as my best man. 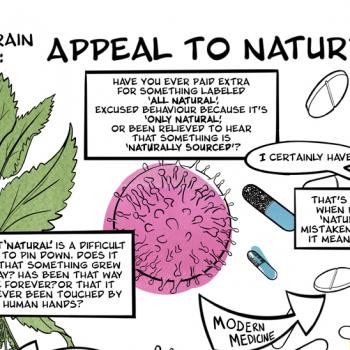 December 18, 2017
This Comic Will Help You Think More Critically
Next Post 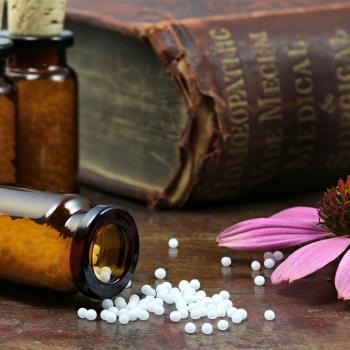