Does Anybody Know Who Roy Moore’s Jewish Attorney Is? December 17, 2017 Hemant Mehta

Does Anybody Know Who Roy Moore’s Jewish Attorney Is?

One of the most memorable moments of the Alabama Senate election, besides Doug Jones‘ stunning victory, was when Roy Moore‘s wife Kayla told a crowd the day before the election that there was no truth to the rumors that they were anti-Semitic because one of their lawyers was a Jew.

… Fake news would tell you that we don’t care for Jews. And I tell you all this because I’ve seen it all, so I just want to set the record straight while they’re here.

One of our attorneys is a Jew.

For Liz Brody at The Forward, that was a strange thing to hear… and not just because it was so awkward.

Brody is Jewish and lives in Alabama, and she says that a Jewish lawyer representing someone like Roy Moore would not have gone unnoticed by her community. So who the hell was this mystery lawyer?!

Now here was a Hanukkah miracle. Had Jews risen so high even in the South as to serve the exalted Roy Moore? Was he a kind of court Jew, a consigliere? Can we ever relive the glory days of Judah P. Benjamin? Moore did, after all, say the country was greatest when he was practicing law. Was there a Michael Cohen to Roy’s Donald Trump amongst us? Or somewhere in the neighborhood?

The Jewish world is small. It’s even smaller in Alabama. There’s 200,022 people in Montgomery, the state’s capital. Recent census data says 70.15% identify with a religious group. Of that 70.15%, 0.01% identified as Jewish. How hard could it be to identify this one very special Jewish attorney?

Brody asked Moore’s campaign and non-profit group for the name and heard nothing. She searched through publicly available information and couldn’t find any evidence of a Jewish lawyer on Moore’s staff. She explored different leads and found potential matches… but even those didn’t pan out.

And all of that made sense given what Moore said about Jewish philanthropist and Democratic donor George Soros earlier this month in an interview:

In the interview Moore said of Soros, “No matter how much money he’s got, he’s still going to the same place that people who don’t recognize God and morality and accept his salvation are going. And that’s not a good place.”

Moore didn’t sound like the type of person who would ever want to have ties to people who don’t share his conservative Christian worldview.

So as it stands, Roy Moore allegedly has a Jewish lawyer. But no one knows who the hell it is. Maybe after he eventually concedes the race he lost, he can answer this mystery. 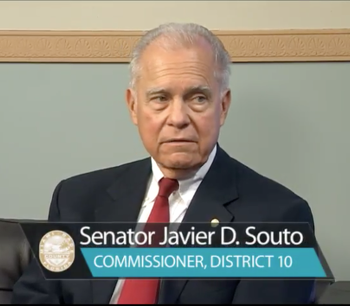 December 16, 2017
Florida Official Praises "Jesus, the Son of God" in Letter to Constituents
Next Post 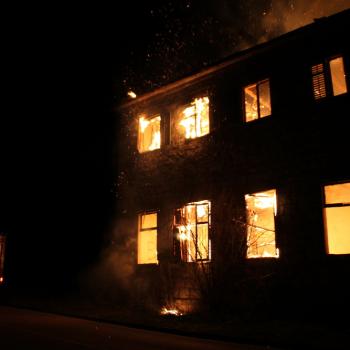