Catholic Answers Live is a radio show with a segment called “Open Forum,” in which people can call in with any Catholic-related questions for host Father Paul Keller to answer.

One listener, Matthew from Nebraska, recently called in with a very pertinent question: his job is to install installs fire alarms, and he was wondering if it would be ethical of him to install them at Planned Parenthood? 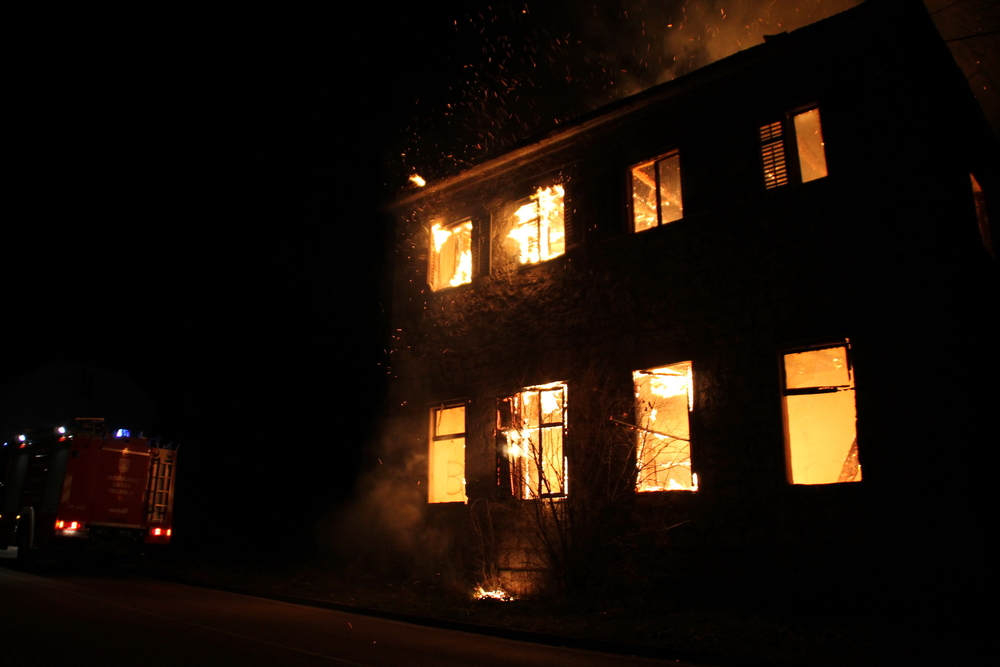 No Catholic — no person, for that matter — should ever want anyone else to die in a fire. If anything, installing fire alarms at a Planned Parenthood would be a good thing, from his perspective, since it may mean getting unborn children out of the building at the first hint of smoke.

Instead of that answer, though, Father Keller gave a response at the 36:52 mark that tempted me to throw my iPhone across the room:

… It would be not a good thing to be involved in helping somebody who’s taking a life… Think about if you were in Nazi Germany, and you were asked by Hitler to install a fire alarm, or a sprinkler system, in one of the guards’ shacks right next to the ovens that were killing Christians and Jews, and so forth. I don’t think you’d want to even set foot in an internment camp such as… in that part of the world.

Or the Ku Klux Klan. Suppose the Ku Klux Klan asked you to do this similar work in one of their offices, but they are completed devoted to being anti-Catholic and… being totally racist and so forth. So no, you wouldn’t want to do that.

And it’s the same thing, only worse, with this company, because that is Planned Parenthood, because their business is to kill babies in the womb, and we should have nothing to do with it. We should not aid and abet them in any way whatsoever. So, yes, it would be unethical to work with them, for them, in any way.

I’m stunned that even installing a basic safety staple is considered a violation of religious principle.

I’m no fan of this administration, yet I wouldn’t wish for the White House to catch on fire. I don’t think that says much about my moral code. It just suggests a basic sense of decency that everyone, unless you’re a sociopath, should already be born with.

And it’s telling that Father Keller heard Planned Parenthood and his mind immediately jumped to comparisons with Nazis and the Klan. This argument is especially insensitive to survivors of concentration camps and trivializes the pain they suffered. Jews of Nazi Germany were singled out for extinction as a result of hatred and scapegoating. Women don’t abort their fetuses for even remotely similar reasons.

Father Keller may be surprised to learn that many women who have abortions not only like babies but want to be mothers themselves one day — perhaps after finishing their studies, or when they have stable jobs with health insurance, or are able to leave an abusive relationship, or have made a dent in their student loan or mortgage payments.

No one chooses an abortion because they are trying to rid the world of babies the way that Hitler tried to rid the world of Jews. That doesn’t even make sense. To pretend otherwise is to live in willful and dangerous ignorance, which is dangerous to women and the children already in their care.

“Pro-lifers” like Keller don’t seem to realize that abortion is often tragic not because it’s “murder,” but because something went wrong. Maybe the birth control failed or sexual consent was ignored. Maybe the mother realized the government wasn’t going to help her future children with any “pre-existing conditions,” making caring for them a financial impossibility. Maybe something in the pregnancy went wrong, and the fetus had to be removed, or else it would die along with the mother.

The Nazis and the KKK don’t have any of that nuance.

But getting back to the point at hand, think about what Keller was saying: He told the caller not to give Planned Parenthood the tools it needed to take action in the event of a fire, as if installing a fire alarm was aiding an abortion in some way. (If you believe that, I have a Christian baker to introduce you to…) It’s reckless advice that shows how little Keller cares for the women who would suffer if a fire actually happened.

(Image via Shutterstock. Thanks to Brad for the link)

December 17, 2017
Does Anybody Know Who Roy Moore's Jewish Attorney Is?
Next Post

December 17, 2017Queer Disbelief, Our Book About LGBTQ Rights and Atheism, Is Now Available
Browse Our Archives
What Are Your Thoughts?leave a comment