Adam Fannin is the pastor of Jacksonville Stedfast Baptist. That church is part of a network of Independent Fundamentalist Baptist churches founded by Donnie Romero, an anti-gay preacher who wants gay people put to death and who made headlines in 2016 when he celebrated the mass shooting at Pulse nightclub.

Romero said at the time, “the earth is a little bit better place now” with the deaths of nearly 50 LGBTQ people. As for those who were only injured in the shooting, Romero added, “I’ll pray that God will finish the job that that man started, and he will end their life, and by tomorrow morning they will all be burning in hell, just like the rest of them, so that they don’t get any more opportunity to go out and hurt little children.”

The point is: The people who run these churches are truly awful human beings.

It’s almost anti-climactic to tell you Fannin’s anti-gay bigotry, as seen over the weekend, only reached the level of telling his congregation how to avoid a gay waiter at a restaurant. Or, as he put it, a “flaming foo-foo fruit loop.”

If I ever go to a restaurant and you sit down, and then here comes this flaming foo-foo fruit loop, right? And you’re like, “Oh great. I’m here to have date night, enjoy some time with my wife, and I can’t… because of the lisps, I can’t even, you know.”

You will find somebody that you notice that’s busy, that’s doing stuff. You say, “Yeah, that’s the one right there!” You walk up to them and you say, “Hey, what’s your name? Have we had you before? Can we get you over here?”… I guarantee you it always works… Then you can enjoy your dinner and, hey, you better tip her well! Let that foo-foo know what he missed out on, okay? That’s how you avoid a gay waiter.

What exactly is he afraid of? That taking a bite of food that’s been served by a gay person will change his own orientation? That eating that food would be a tacit endorsement of the man’s sexual orientation? Would he take accept food from someone who’s an atheist or Muslim?

I can’t answer those questions because there’s no logic to them. It’s just hate. And, as is so often the case, it’s rooted in the Bible. 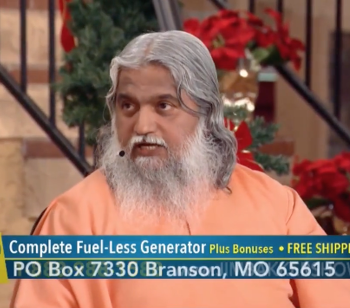 December 12, 2017
Christian "Prophet": It Was "Decided in Heaven" That Trump Would Win Election
Next Post 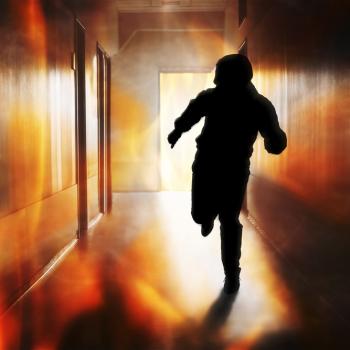