Scientists Have Found Fossils of an Ancient Crocoduck (Your Move, Kirk Cameron)

In 2007, just before taking part in a debate on Nightline, Creationist and actor Kirk Cameron went on The O’Reilly Factor and explained that evolution was nonsense because there were no transitional fossils to be found.

He went on to claim that, if evolution were true, we would see a hybrid between a crocodile and a duck. A crocoduck, if you will. 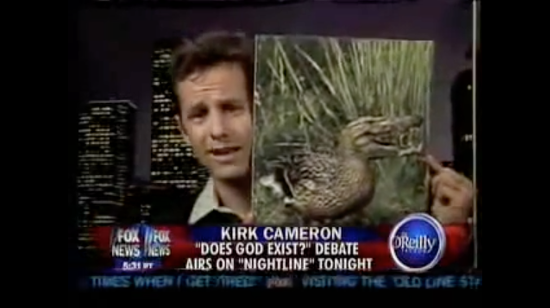 No crocoduck? Therefore, no evolution.

The typical reaction from people who actually know things was that Cameron didn’t understand what transitional fossils were, and that plenty of them exist, and you can’t just create a mashup of two creatures and expect a half/half hybrid to have existed. That’s not how evolution works.

But I’ll be damned. Look what scientists just published in the journal Nature. 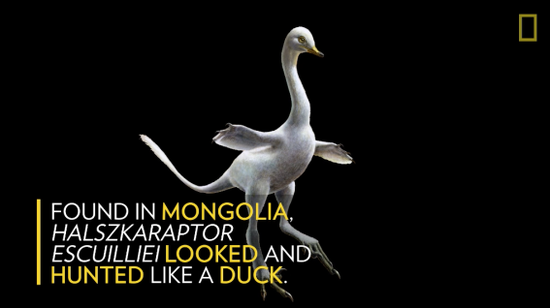 With a bill like a duck but teeth like a croc’s, a swanlike neck and killer claws, a new dinosaur species uncovered by scientists looks like something Dr. Seuss could have dreamed up. It also had flippers like a penguin, and while it walked like an ostrich it could also swim.

The tiny creature, only about 18 inches tall, roamed 75 million years ago in what is now Mongolia. Its full curled-up skeleton was found in a sandstone rock.

I anxiously await his response, though we all know what he’ll say. He’ll claim we need to now find a duck/crocoduck hybrid… which I think would be 75% duck and 25% croco… oh, screw it.

He was wrong several years ago. He’s wrong now. And he’ll never admit it because the things he says have nothing to do with what the evidence shows. That’s Creationism for you.

I should note that some scientists have doubts about whether the halszkaraptor is real because the fossils may have been tampered with, but even if this particular species is found to be a hoax of sorts, there’s no shortage of other transitional fossils Creationists would have to discredit, including other supposed crocoducks.

(via @ThinkingAtheist. Image via National Geographic. Large portions of this article were published earlier) 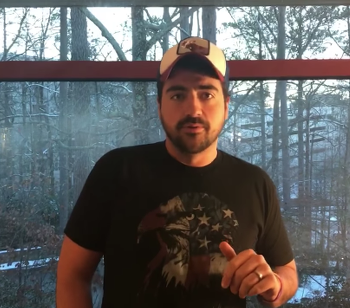 December 11, 2017 Joshua Harris Has No Idea How To Atone for His Role in the "Purity" Movement
Browse Our Archives
What Are Your Thoughts?leave a comment