Joshua Harris Has No Idea How To Atone for His Role in the “Purity” Movement December 11, 2017 Beth Stoneburner

Back in he 90s, Joshua Harris was a celebrity poster child for the purity culture movement. He’s the author of the infamous I Kissed Dating Goodbye, published when he was 21 and only had one serious relationship under his belt. (Or, should I say, over his belt.) In it, he argues that it’s dangerous to date anyone unless you are willing to marry them — and even having crushes can compromise your emotional purity.

Twenty years later, Harris is finally starting to recognize the damaging effects his book had on those who took his advice seriously. Many of his “fans” ended up trapped in bad marriages with the first person they ever dated, convinced that breaking up would “ruin” them for anyone else.

He first acknowledged all this a year ago, but Harris really got more explicit about his mistakes in a recent TEDx talk:

In today’s world, we spend so much energy being right and proving others wrong. Twenty years ago I wrote a best-selling book about dating that I’m now realizing misguided and even hurt some people. I’m hoping that my experience of listening to my critics and reevaluating my conclusions will inspire others to see that progress and growth always involves the humbling process of admitting mistakes.

He seems off to a good start, but further into the talk, it’s uncertain whether or not Harris actually learned anything from the damaging “advice” he gave — or whether he’s using this humble platform as a new form of publicity. He spends a disproportionate amount of time talking about himself, and what he learned, rather than focusing on the harm that his teachings perpetuated. An insightful thread of live tweets throughout the talk, written by former contributor to this site Hännah Ettinger, can be read below.

ok y'all i have wine, i'm mad a the universe, and i'm gonna watch harris's ted talk

The bottom line is this: If Harris were truly apologetic about the damage his book caused, he’d admit that he was wrong, encourage the publisher to discontinue it, and then fade into obscurity. Or he’d enumerate all the mistakes he made in the book specifically and talk about why he was wrong about it. Instead, he appears to be using this newfound “humility” to request donations for a new documentary — earning more profit of off other people’s pain.

In other words, he’s speaking as a self-proclaimed expert about a subject before he really understands it. It’s the exact same problem that got him into this mess. 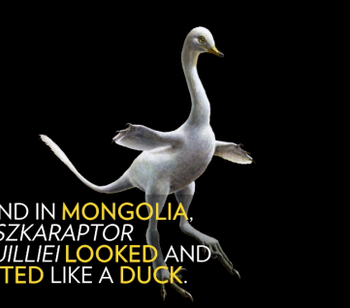 December 11, 2017
Scientists Have Found Fossils of an Ancient Crocoduck (Your Move, Kirk Cameron)
Next Post