Christian Leader: Unlike Atheists, I Don’t Want to See Kids Drinking and Driving

We posted last week about a right-wing Christian group, the Todd Becker Foundation, that works its way into public schools under the guise of teaching kids to make smart decisions… only to evangelize to them after those assemblies. Even more disturbingly, they encourage kids to attend a similar presentation in the evening, when the school’s rules are no longer in effect and the group is renting out the space, so that they can be more overt about their goal to convert everybody to Christianity.

The Freedom From Religion Foundation sent a letter to several school districts that have hosted or may host the Christian group again in the future to warn them about their intentions and urge them to keep the doors closed to the Trojan Horse of Jesus. They also published a report explaining all the problems with the group. We have yet to find out if that will have any effect.

But one of the more interesting responses to all this came from Keith Becker, the direction of the foundation named after his brother. He admitted to a reporter from the Kearney Hub that his group used Bible verses during assemblies but denied there was anything wrong with that. (He also denied any proselytizing during those daytime assemblies.)

And then he said this:

Becker said his organization has been challenged by Freedom From Religion Foundation for about 10 years.

“Don’t be deceived. They have an agenda that is starkly in contrast to ours. We have a First Amendment right, just like they do to free speech.” Becker said. “They want God out of public schools. We have a desire to seek kids in public schools to not tragically end up like my brother Todd.”

How’s that for a dichotomy? FFRF apparently wants God out of schools but the alternative is keeping kids alive.

When you have to lie to make yourself look better, there’s a problem.

FFRF’s “agenda” isn’t to kick God out of school. FFRF has no problem with students praying, reading their Bibles during their downtime, or forming a Bible club. They only go after prayers that are led by staff (like on a football field) or pushed upon students (like during a religious assembly). And it’s safe to say FFRF also wants kids to make good decisions and not drink and drive.

You don’t need to bring God into that conversation. In fact, it’s illegal if a group uses a public school assembly to say those two things go together. “Free speech” doesn’t mean a Christian ministry can come into a public school with a goal of finding new recruits. FFRF is right to warn school districts about bringing the group in to speak to kids. They have an agenda to convert children, they openly admit it, and they demonize people who point that out.

They’re not people you should trust even if their intentions are good.

December 11, 2017
Joshua Harris Has No Idea How To Atone for His Role in the "Purity" Movement
Next Post 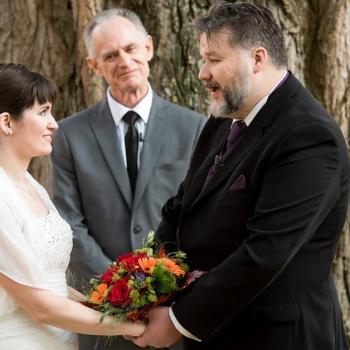