An Anti-Gay Christian Group Is Converting Kids in Public Schools

This group brags in its own literature about “taking the gospel to public schools” and ending a lesbian relationship between two students.

If you haven’t heard of the fundamentalist Christian organization known as the Todd Becker Foundation, consider yourself lucky. It’s a controversial ministry that spreads its evangelical, anti-gay message to kids in public schools while masquerading as a community support group.

The foundation was previously called out for spreading its anti-gay and anti-Mormon propaganda last year, when the ACLU warned schools in Iowa about the group’s ulterior motives. This time, it’s the Freedom From Religion Foundation taking on the group and its apparent church-state violations.

Public schools that host the foundation, which puts on assemblies for students across the country in the hopes of “turning the hearts and minds of young people to Jesus Christ,” could be in legal trouble, according to the FFRF. The secular advocacy group sent warning letters to 350 schools and published a report called, “Closing the Doors: Why the Todd Becker Foundation Must Not be Allowed in Public Schools.”

The FFRF report rebuts claims by the Todd Becker Foundation that one-on-one student evangelizing is permissible because they are the “student’s own choice.” The report says, “Far from spontaneous student-initiated conversations, these one-on-ones are the entire purpose of the assembly. The entire program is designed to elicit an emotional response from students, identify those students who are ripe for proselytizing, and single out those students for one-on-one proselytizing.”

“These shocking school assemblies are not only problematic from a constitutional perspective, but they are a deeply disturbing and harmful assault on the students’ right of conscience,” says FFRF Co-President Annie Laurie Gaylor.

FFRF points to some particularly troubling incidents, including an advertisement that admits the group uses public school events to convert children and a newsletter describing the group’s alleged de-conversion of a lesbian student.

A member of the foundation says they successfully ended the relationship between two girls named Trinity and Winter who live in Kansas.

Through much more conversation and many tears, one of the girls said, “I don’t want to be homosexual anymore, I want to become a new creature!” However, her partner replied, “I would rather burn in hell forever than be straight.” Their lesbian relationship ended that night with one heart surrendered to Christ and one heart still in rebellion towards God.

FFRF, which writes in the report that public school administrators have an “obligation to protect students from proselytizing adults while they are at school,” says it’s considering taking legal action against public school districts that invite the group, thus allowing a Christian ministry to proselytize to students. They’re also asking parents and students to come forward if their schools have hosted the group in the past.

The legal threat may already be working. After the FFRF exposed their “disturbingly intimate” prayer sessions, the Christian group began scrubbing all evidence of employees sharing “God’s word” with public school students from their Facebook page. 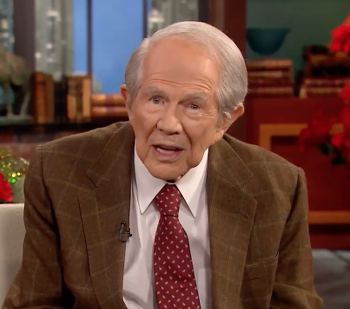 December 7, 2017
Pat Robertson Tells Unemployed Woman to Keep Tithing if She Wants to Find a Job
Next Post 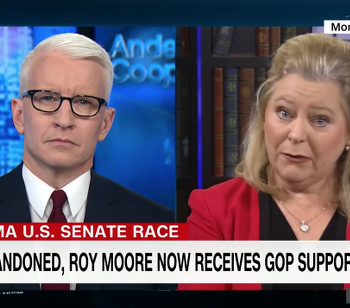