If you were to sit through a city council meeting in Waverly, Iowa earlier this year, you would’ve heard a Christian prayer recited by Mayor Charles D. Infelt. When atheist activist Justin Scott finally said something about it this past April, Infelt responded that the prayer was inclusive because it was non-denominational (as opposed to strictly Christian). At one point, he even said atheists could “say your own quiet little, whatever reflection you’d like” and that we should “be tolerant of everyone who is” religious. I doubt he would have the same reaction if an atheist delivered an invocation every single week.

Justin persisted, though. He kept advocating for a policy change… and it worked! The invocations were opened to people of any faith and no faith… but Infelt had control over who spoke. After inviting a Muslim (i.e. a token non-Christian) to deliver an opening prayer, it was back to Christian Christian Christian.

I bring all this up now because, last night, there was a mayoral election in the city.

Infelt was running unopposed so this should have been a cakewalk for him. But Dean Soash, who missed the filing deadline because he didn’t get “spousal approval” until it was too late, said he would wage a write-in campaign.

And I’ll be damned: Soash won.

With nearly 62 percent of the vote, he defeated Mayor Charles Infelt, who managed just 888 votes to Soash’s 1,446.

Soash won outright in all of Waverly’s five wards, as well as the absentee ballot total. He garnered more than 70 percent of the votes in Ward 3.

Soash, 80, is a semi-retired electrician who spent 18 years on the city’s planning and zoning committee.

The invocation problem was one of many divisive issues Soash hopes to fix, but Justin told me via email that he’s very optimistic about the future:

Mr. Soash has already extended an offer to me personally for us to work together to try and figure out the best way forward with regards to prayers at city council meetings.

During a townhall a few weeks ago, Soash said that he felt it wasn’t the mayor’s position to make a decision on prayer and that he would probably defer that decision to the council. Coincidentally enough, the council he will be working with with include a handful that spoke out in opposition to prayer at meetings, including a council member that attends the same church as Charles Infelt.

Good on Soash and I wish him the best. And huge kudos to Justin for giving this issue the spotlight it needed. 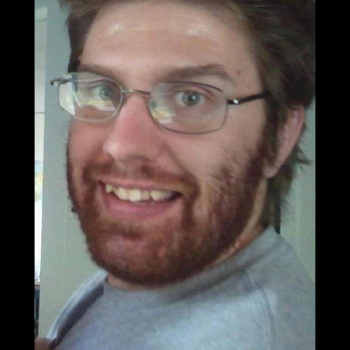 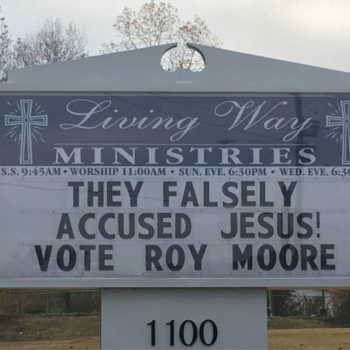 December 6, 2017 Why Did It Take Two Days for an AL Church to Change Its "Vote Roy Moore" Sign?
Browse Our Archives
What Are Your Thoughts?leave a comment