You’re probably familiar with the movie Mean Girls, in which Lindsay Lohan plays Cady, a kindhearted (albeit naive) high school student who is taken under the wing of two misfits, Janis and Damian. But it’s not long until Cady is noticed by Regina, the popular “mean girl,” and is convinced by Janis and Damian to get close to Regina in an effort to sabotage her. The problem is that Cady ends up becoming one of those mean girls. There’s a pivotal scene in which Janis exposes this and says to Cady, “You’re not pretending anymore. You’re plastic. Cold, shiny, hard plastic.”

In other words, the mask you wear can eventually become you.

That scene was what came to mind as I read McKay Coppins‘ lengthy biographical piece about Vice President Mike Pence in The Atlantic. The article takes the reader on a trip back to Pence’s college days, where he was a fairly normal fraternity brother and student, if not more religious than most of his peers. While his secular friends didn’t always “get” him, they nonetheless admired his principled moral stances. 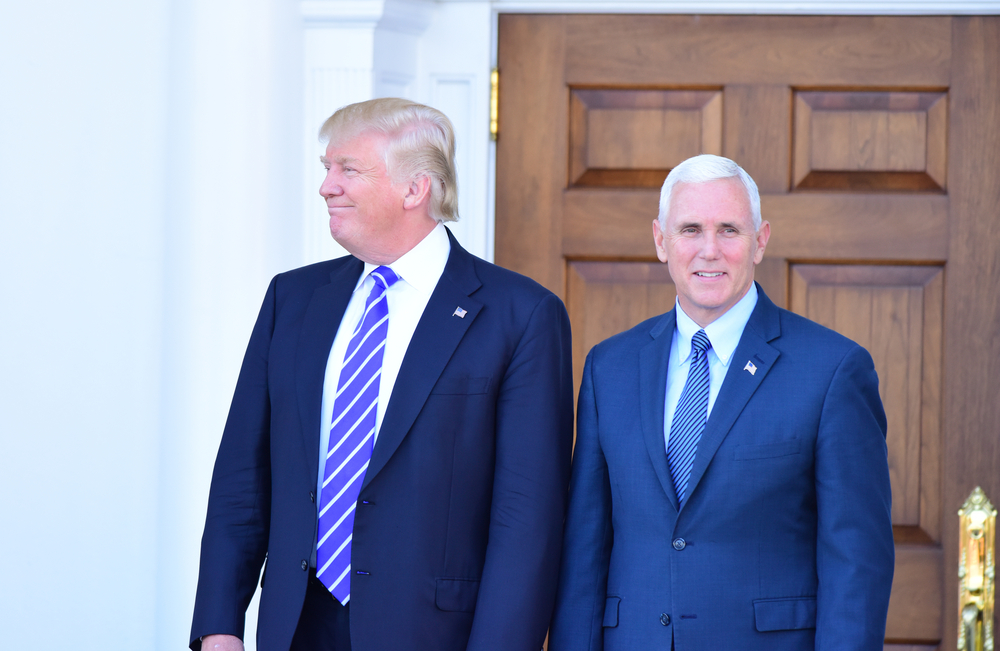 In candid interviews, the colleagues who knew him best state that when you’re Mike Pence, you don’t just become the president’s right-hand man by accident, or even by successful campaigning: No, it happens when you know that God has a specific plan for your life, and Mike Pence believes, without a doubt, that he is exactly where he was meant to be.

So how does Pence — a man who refuses to dine with women who aren’t his wife, lest anyone accuse him of having an affair — reconcile his belief that God wants him to be in the White House with the fact that he’s second fiddle to a man who gloated about grabbing women by the pussy?

Pence himself refused to comment for the piece, but based on interviews with his college friends, Coppins made an educated guess as to why Pence remained on the ticket: The Access Hollywood tape with Trump’s “locker room talk” could have been part of God’s Plan to expose Trump as an imposter, thus ushering Pence into the Oval Office.

Except we know that’s not what happened. Trump won the election, his scandals have only multiplied, and Pence remains an unwavering voice of support for everything the president does.

It’s that continued defense of Trump, and his insistence that it poses “no conflict” to his faith, that drew shocked reactions from his former colleagues:

Back in Indiana, Pence’s Trump apologia on the campaign trail surprised those who knew him. In political circles, there had been a widespread, bipartisan recognition that Pence was a decent man with a genuine devotion to his faith. But after watching him in 2016, many told me, they believed Pence had sold out.

Scott Pelath, the Democratic minority leader in the Indiana House of Representatives, said that watching Pence vouch for Trump made him sad. “Ah, Mike,” he sighed. “Ambition got the best of him.” It’s an impression that even some of Pence’s oldest friends and allies privately share. As one former adviser marveled, “The number of compromises he made to get this job, when you think about it, is pretty staggering.”

Unlike with Trump, no one disputes the sincerity of Pence’s faith. But hopefully those who know him recognize that having deep faith is no foolproof defense against the alluring power of political prestige. Pence, as the article notes, is “a heartbeat — or an impeachment vote — away from the presidency.”

Meanwhile, Coppins goes on to describe how Pence’s faith is a frequent topic of mockery in the White House, with — you guessed it — Trump himself cracking most of the jokes. But if Pence truly believes that God has called him to become president, putting up with Trump’s “baby Christian” antics may be part of the price he must pay in order to fulfill his destiny.

But no matter what Trump does, the odds of impeachment appear to be dropping. In the meantime, Pence continues to thickly lay on the praise of his master:

“I’ve been with [Trump] alone in the room when the decisions are made. He and I have prayed together,” Pence said. “This is somebody who shares our views, shares our values, shares our beliefs.”

By the conclusion of Coppins’ piece, I was reminded of a different, older story: the one from Matthew 4:1-11, where Jesus is shown all the kingdoms of the world by the devil himself.

The devil explains all of it can be his… if only Jesus agrees to worship him.

Jesus said no. Pence hasn’t shown that kind of courage. Yet. 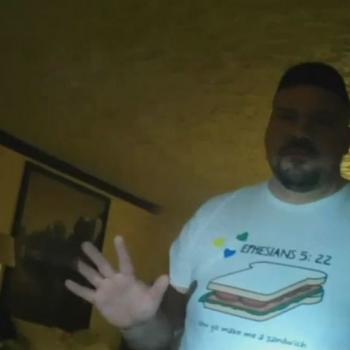