Remember Mark Boykin? He’s the Florida pastor who told a TV reporter that if a Satanist put up a display in a local park, he was going to vandalize it himself. He even showed the reporter the sledgehammer he planned to use.

“It’s evil, it’s the essence of evil. I will take the responsibility for taking the sledgehammer and knocking it down,” Pastor Boykin said.

It turns out that’s all moot now since the Satanist in question, middle school teacher Preston Smith, didn’t file an application for a permit to put up his display in Boca Raton’s Sanborn Square park. (I asked Smith last week why he missed the deadline, but he never responded to my message.) Either way, there will be no pentagram display in the park this year.

On Monday’s episode of TruNews, host Rick Wiles, a right-wing conspiracy theorist, invited Boykin to speak about his opposition to the display, and Boykin spilled the beans on why Smith missed the deadline: His mother was apparently very sick and he needed to travel to go be with her. That caused him to miss the permit application deadline.

But pay attention to how Boykin reacts after telling that story.

BOYKIN: … Well, I learned, as of yesterday, that… well, I learned Wednesday night that there would not be a pentagram because Preston Smith did not fill out the permit in time.

WILES: So he missed the deadline.

BOYKIN: He missed the deadline! But people thought it was because one of the council members wanted to put up a holiday display. But that’s not it. He got word that his mother in Texas is very, very sick — I was told the sickness, but I’m not going to say it, because I’d rather not mention — but very life-threatening disease. He had to hop on a plane and go out there, and he told school officials he probably wouldn’t be back until sometime in January, and that’s when the pentagram would be taken down.

BOYKIN: That is the power of God!

They’re literally celebrating the life-threatening illness of an old woman because it stopped a non-Christian from exercising his First Amendment rights.

If these guys are inspired by Jesus, Jesus must be a dick.

Wiles chimed in a bit later to say that the “greatest ending” to this controversy would be if Smith’s mother was “healed by Jesus Christ” and he ended up converting to Christianity. 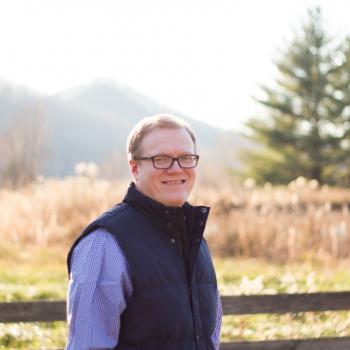 December 6, 2017
Gay Man Who Couldn't Get Marriage License from Kim Davis Will Run for Her Seat
Next Post 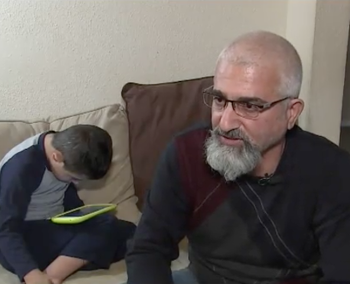 December 6, 2017 Teacher Reported 6-Year-Old Muslim Special Needs Student as Terrorist
Browse Our Archives
What Are Your Thoughts?leave a comment