“Jake Byrd” is a character who frequently appears on Jimmy Kimmel Live! as the biggest fan of people who don’t deserve fans (like Michael Jackson during his child molestation trial).

He recently flew to Alabama to show his support for accused child molester Roy Moore… and that meant chiming in during interviews between local reporters and other Moore voters with sound bites like, “We don’t need big government telling us we can’t date little people!” He also got voters to admit that nothing — nothing — Moore allegedly did matters as long as he stops a Democrat from getting elected to the Senate. 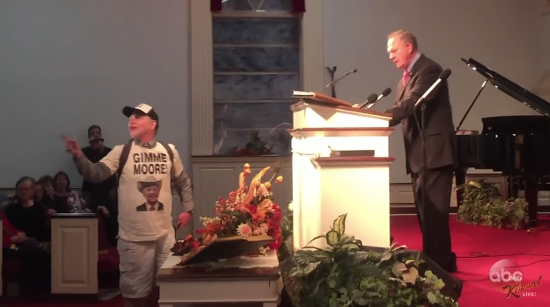 This is the same skit that led Moore to criticize Kimmel over Twitter last week. (Kimmel won that battle with his excellent response.)

Jokes aside, it’s a sad display of just how devoid of morality some of Moore’s supporters are. Even if the allegations against him were proven in court, it wouldn’t make one damn bit of difference. They are fervently loyal to their tribe. And if a few children are inappropriately touched or harassed along the path to stopping a liberal from getting into office, it’s well worth it to them. That’s what Jesus would do, after all.

This sketch will probably be a lot less funny if Moore wins next week’s special election.

(Thanks to OP for the link) 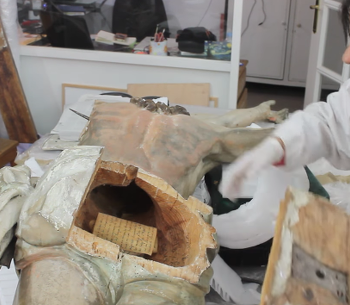 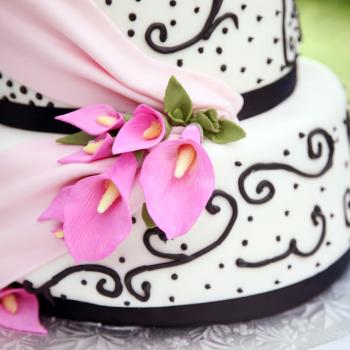 December 4, 2017 First Amendment Lawyer Explains What's At Stake in "Gay Wedding Cake" Case
Browse Our Archives
What Are Your Thoughts?leave a comment