Creationist Ken Ham announced yesterday that the Creation Museum was planning a major upgrade worth a total of nearly $3 million. But unlike real museums, which offer innovative ways to teach you new things, Ham just wants a fancier knife to spread the same basic bullshit.

Seriously. One change is that he wants to make his current theater 3-D, presumably to fool kids into thinking his beliefs are legitimate because the movies look amazing. He also wants to install a new bathroom and change the layout of the place.

And then there are the “new exhibits” that teach no actual science, but push the narrative that real scientists are undermining biblical authority. Here’s one of the new scenes he wants to create: 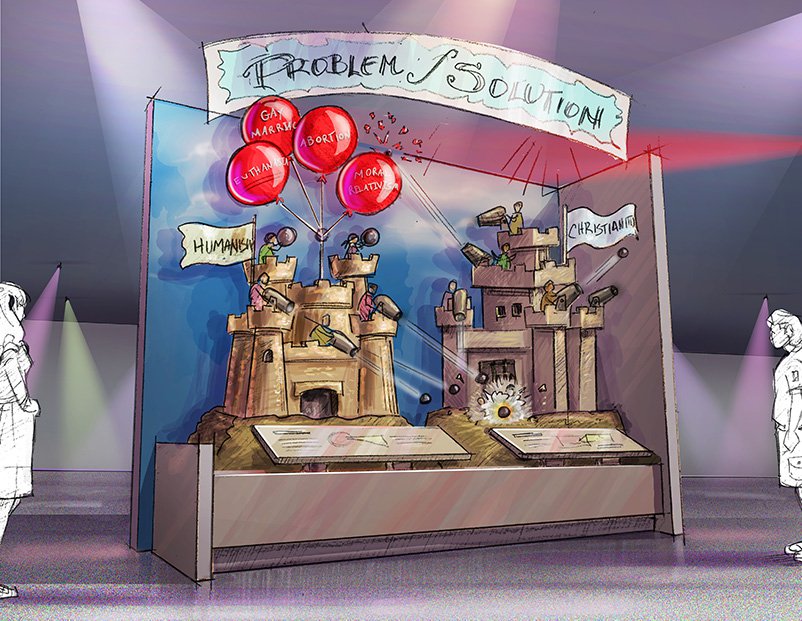 Anyone who’s watched Ham’s lectures online is familiar with that image because he uses it all the time. Here’s a better version of it:

Assuming the future exhibit is a recreation of that image, it’s worth looking at in depth because it’s such a self-inflicted wound on Creationism:

The best part about Ham’s future exhibit? The artist clearly used Ham’s cartoon as inspiration since the exhibit also features a Christian shooting a cannonball in the wrong direction, and another Christian aiming at his own base. 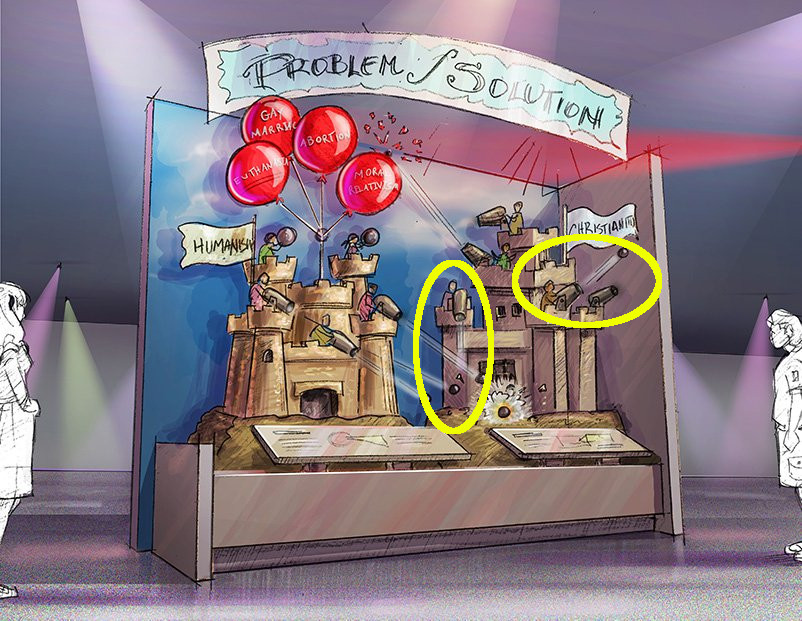 Ham is inadvertently building an exhibit that shows how incompetent Creationists are.

If that’s supposed to “present the clear teaching of God’s Word,” well, I couldn’t agree more. It clearly shows how absurd the Bible is. If I wanted to waste money on an exhibit to convince people to become atheists, I would display the same damn cartoon.

By the way, it’s not like Ham has never really thought about this. He himself has said it’s an illustration he’s used for more than thirty years, and it’s undergone multiple revisions. Yet somehow, those glaring flaws may become a permanent display in the Creation Museum if he can raise enough money.

***Update*** (12/1): I was told by one person that Ham’s Christian “side” of the exhibit is partly a tongue-in-cheek criticism of Christians who don’t accepted a literal interpretation of the Bible, which would explain the wayward cannonballs. I haven’t seen Ham address his image like that, but I did want to post this update in case I’m interpreting his exhibit improperly.

It might make more sense if the exhibit wasn’t just a real-life version of the single cartoon, but the two below. 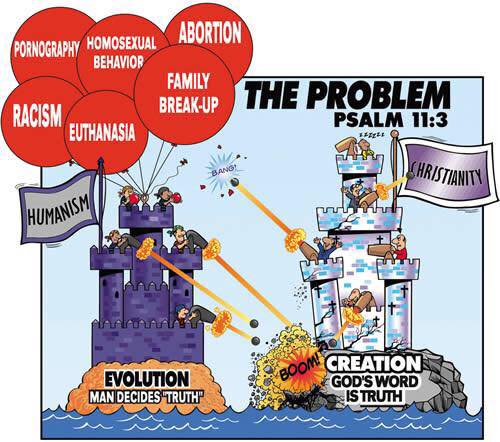 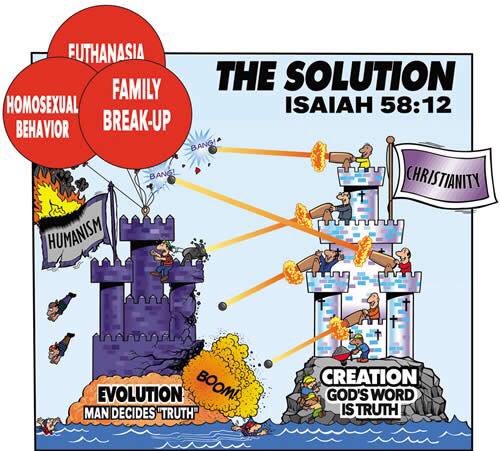 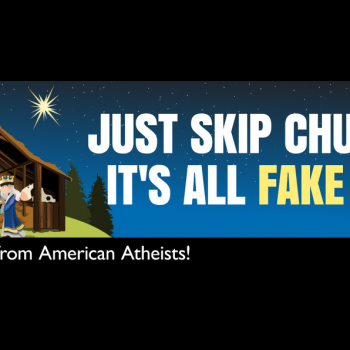