Why is the local government in Newberry, South Carolina hosting a Bible study? And why are police officers involved?

That’s what the Freedom From Religion Foundation would like to know. 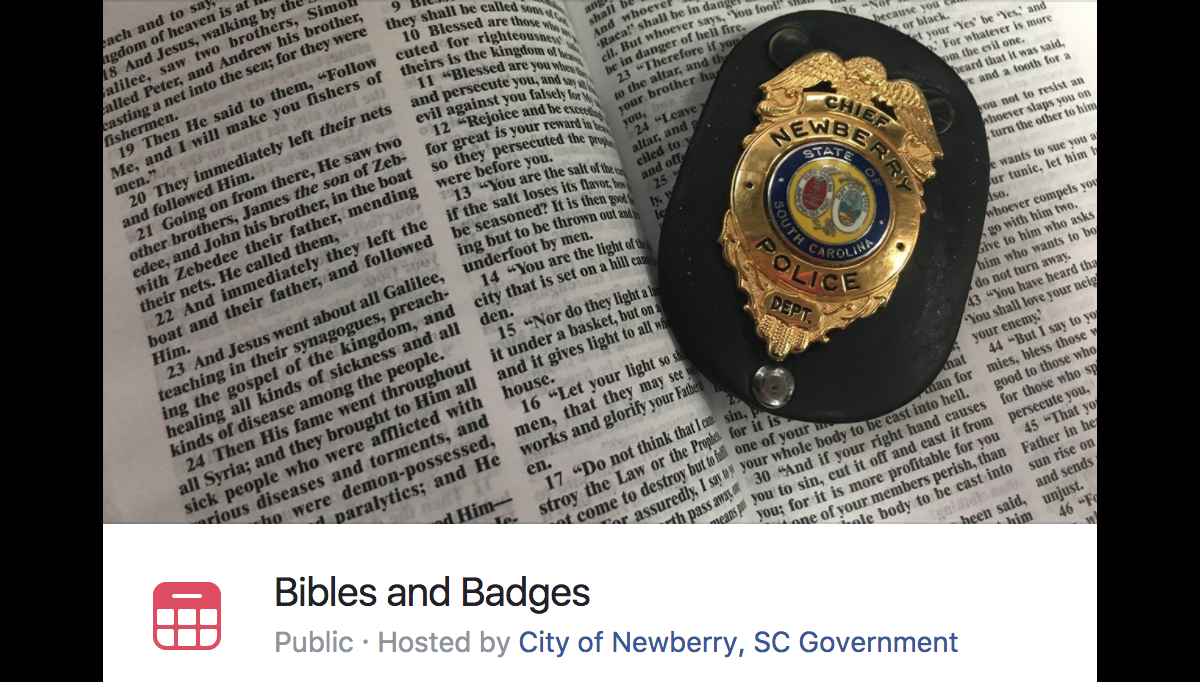 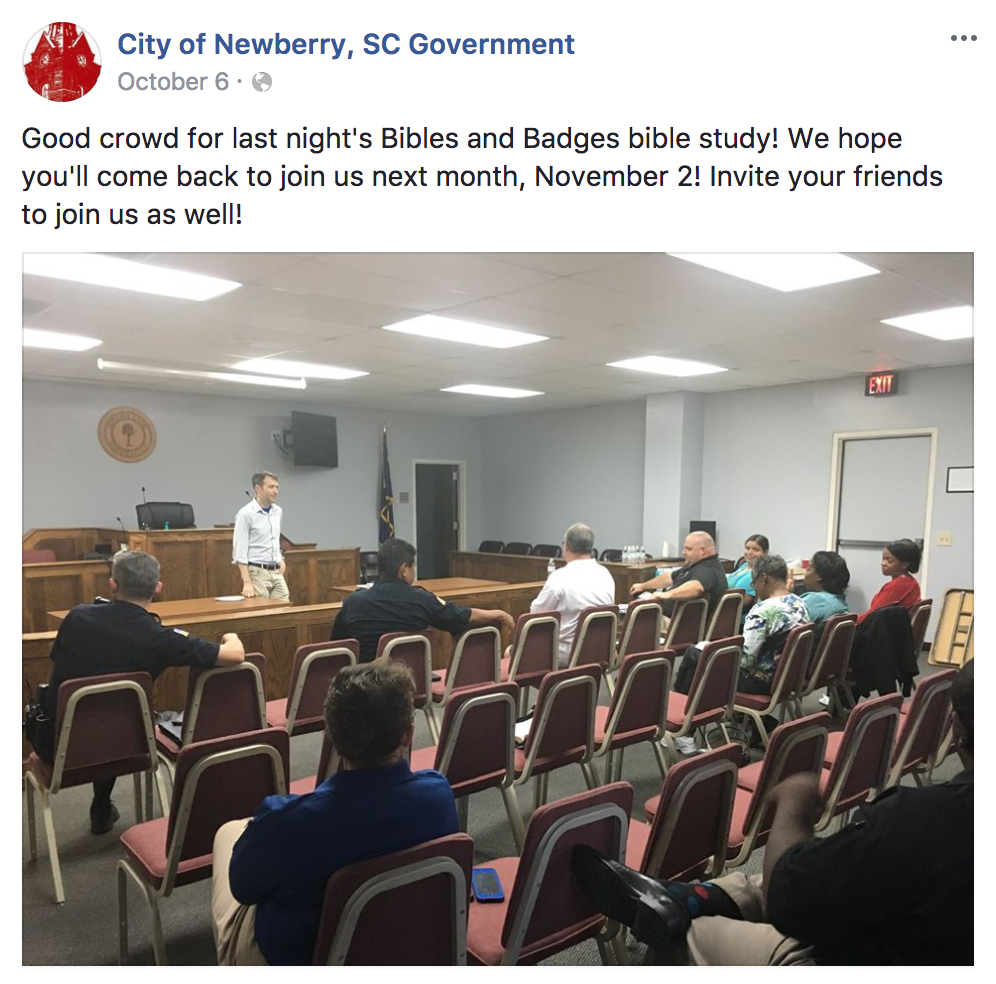 The City’s hosting and recruiting for a bible study amount to an unconstitutional advancement and endorsement of religion. A municipal government cannot legally hold a bible study in government offices, promote it via official communication channels, and involve its officials and employees in the event itself.

It’s up to government officials in Newberry to decide whether or not they want to get dragged into court over their own mistake. 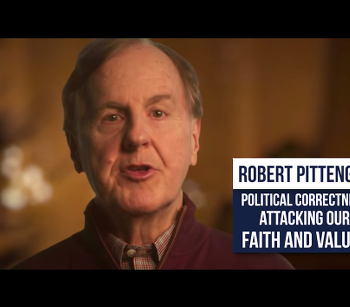 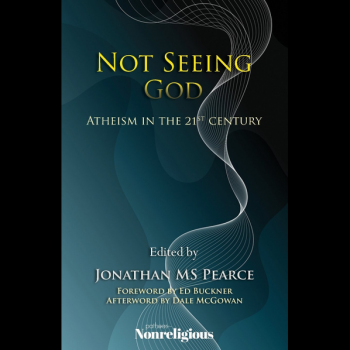