But naturally, it’s not enough for a conservative Christian to just say the magic words. Pittenger has to be a dick about it.

“I’ve dedicated my life to sharing God’s love through Jesus Christ,” Pittenger says, standing in front of a Christmas tree and fireplace. “Let’s end political correctness and put the true meaning of Christ back in Christmas.”

I didn’t realize anyone was stopping him from celebrating Christmas however he wanted, but I also don’t run around screaming “persecution” while sitting in Congress.

The narrator in the ad also makes a reference to people “refusing to say ‘Merry Christmas'”… without mentioning any specifics. It’s part of the Donald Trump playbook, to just throw out a lie knowing damn well the fools who vote for you will never waver and never question anything you say.

So why would an incumbent member of Congress do something like this?

Pittenger may be trying to out-Jesufy his upcoming GOP primary opponent, Rev. Mark Harris, a Baptist minister he edged out in 2016 by a mere 134 votes.

If he wanted more votes, though, it would help not to alienate non-Christians, which is exactly what he’s doing by saying how he wants to “help inspire every American to proclaim Merry Christmas.”

That’s not a line that goes over so well with Jews.

“When (he) says ‘every American should say Merry Christmas,’ the fact is that every American is not Christian,” said [Rabbi Yossi] Groner, whose synagogue of 150 families is in Pittenger’s district. “America is not a Christian country. It is a country that embraces all faiths. That’s very clear.”

Pittenger doesn’t care. He’s in a reliably red district, so he just needs to beat out the other Republicans. That means putting out commercials that broadcast his faith instead of sharing anything he’s actually accomplished in Congress. 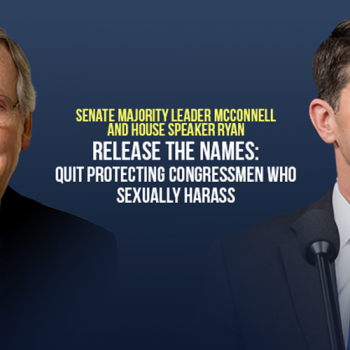 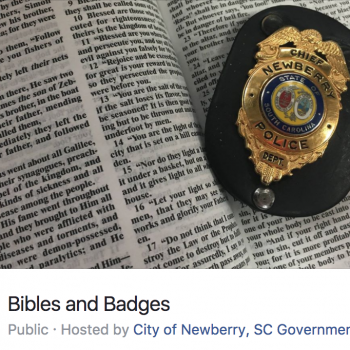