Someone Stole Baphomet’s Head from the Top of a Satanic Christmas Tree November 29, 2017 Hemant Mehta

Over the weekend, the festive folks at The Satanic Temple’s San Jose Chapter put up their own holiday tree in a space where other groups had installed their own displays as part of the city’s “Christmas in the Park.”

There was no star atop the Satanic tree, though. Instead, they used a lovely goat head to represent Baphomet. 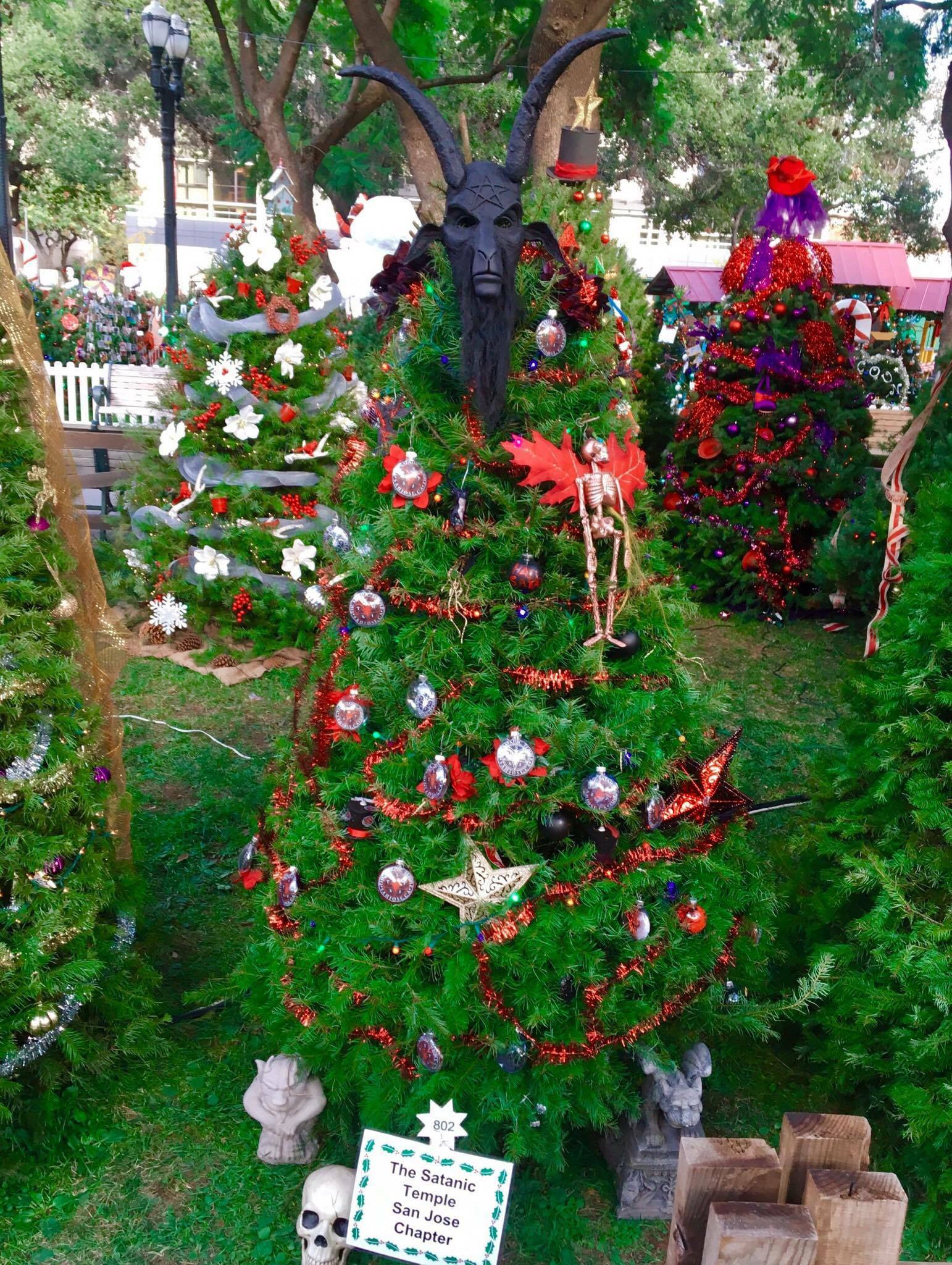 It didn’t even last a week. Yesterday, the chapter reported that someone had stolen the goat head.

… Understanding that this theft does not represent our community as a whole, TST-San Jose would like to move past this incident and continue to participate in the holiday festivities as part of the local community we value and love. We will be replacing our tree topper as we can, and hope you all enjoy our tree.

When I spoke with Satanas last night, she told me there were no leads on who did the damage. However, there was good news: The responses to the tree have been “overwhelmingly positive” so far. After the Baphomet head was stolen, one supporter even raised the $115 needed to handcraft a new one. Since it takes time to make, there’s no telling when it will go back up, but a makeshift head will go up in the meantime. (The holiday displays will be up through the new year.)

It’s worth noting, though, that if this happened to a Nativity scene, Christians would be up in arms about how people are “persecuting” them and how this is an attack on their religious freedom. Overreaction or not, they’d be understandably upset. The way the Satanists are handling this is, by comparison, very calm and forgiving.

Hell, they were even upbeat when noting that a new tree topper was on the way. 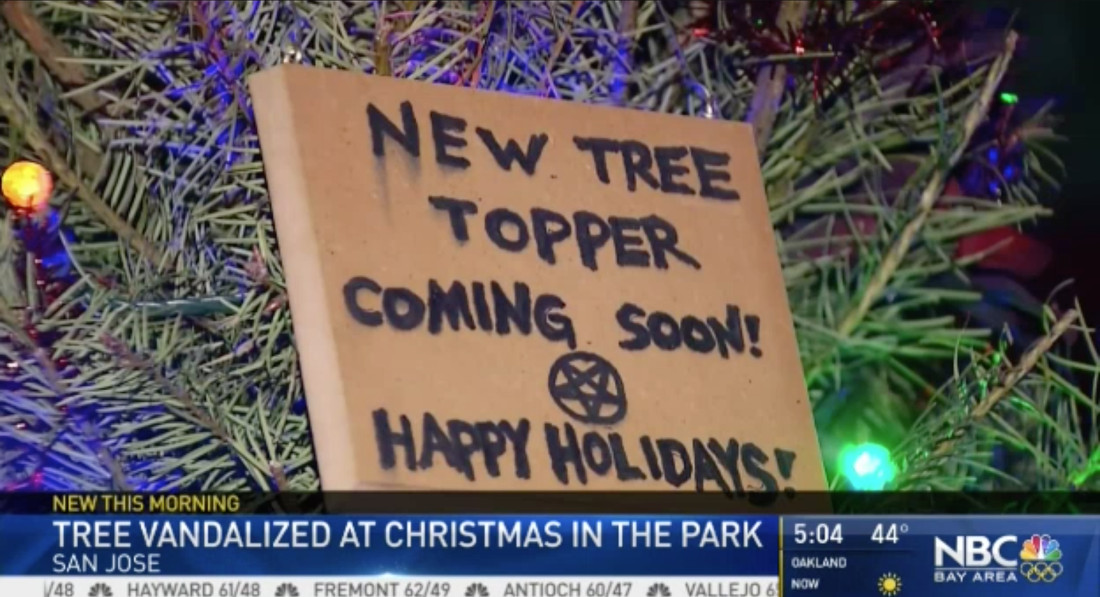 I hope the replacement Baphomet doesn’t meet the same fate as the first.

If that happens, though, Satanas told me they would “not be swayed by vandals or would-be bullies.” They don’t anticipate any further problems, but if they need to fundraise for another mask, then that’s what they’ll do.

Remember that a Satanic display in Florida was vandalized multiple times last year. The city did nothing in response — even after a pastor bragged on TV this past September that he would vandalize the display himself if it went up again this winter.

Surely the people of San Jose can do better than that.

November 28, 2017
This IN High School Doesn't Get Why Football Coaches Can't Pray with Athletes
Next Post 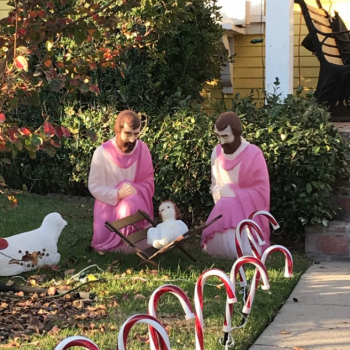 November 29, 2017 Catholic Bishop: Nativity Scene With Two Josephs is an "Attack" on Christianity
Browse Our Archives
What Are Your Thoughts?leave a comment