The city of Blue Ridge, Georgia thought it would be fun to create a giant holiday display in a local park, and they invited everyone — literally “everyone” — to participate. The rules on their website were fairly straightforward: It was free to participate, anyone could put up a display no larger than 10 feet by 10 feet, it needed to go up before Thanksgiving and come down after Christmas, and you could include a sign letting people know who put up the display.

Church groups were welcome to put up Nativity scenes, but other groups could do it too, so there didn’t appear to be any legal problems.

That’s why David Yard of the First United Atheist Church went ahead with a simple display that said “It’s okay to not believe” and “Just be good.” 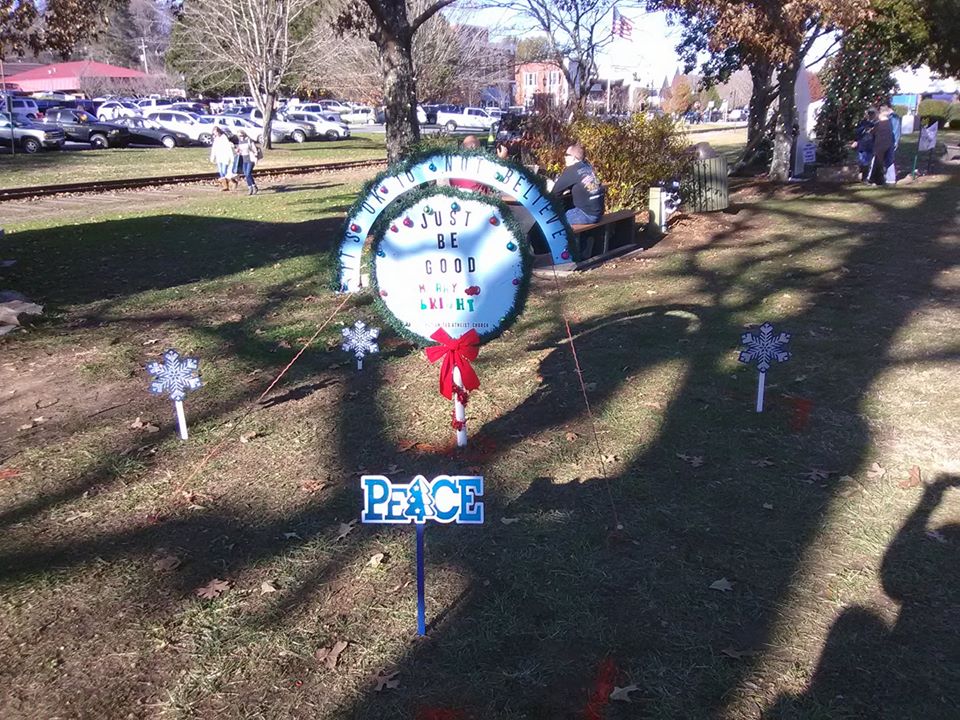 Yard put that display up the day after Thanksgiving after getting approval from the city (the slight delay didn’t seem to be an issue), and everything seemed fine… until Sunday evening when he noticed the display was gone.

He eventually spoke to local police and he got a very different story about what the “rules” were:

Monday morning I stopped by the police department to speak with the chief of police. I notified him of the situation. He didn’t even know the displays were there. He told me he would investigate. A few hours later I received a call from the chief. He told me he believed the city took down the display because the park is government property and no one may set up in the park without permission.

That’s… strange. Yard not only got permission, everyone was invited to set up a display in the park. And if the police chief was telling the truth, then why weren’t all the other displays removed?

Yard heard back from the police chief yesterday morning. They found his display (somewhere) and left it at City Hall so it could be picked up. While the display was damaged, Yard fixed it up and put it back in the park.

And then things got even stranger.

I then stopped by the police department to thank the chief. I told him I had already replaced the display. He told me I had to take it down, that none of the displays were supposed to be there. I explained again to him that this was a permitted event. He said that city hall had no records of a permit for this. I told him I was on my lunch break and would take the display down after work. On my way back to work I stopped by city hall to inquire as to the confusion and confirm there was no permit. They explained the permit was for the weekend only.

Somehow, the rules on the website don’t apply to Yard and his atheist signs.

Yard has his own hunch about what’s going on:

It seems more likely that the city was ok with this idea until the local atheist decided to participate, so they had to find a way to back out fast.

American Atheists, of which Yard’s group is an affiliate, is looking into the matter to see if any laws were broken. 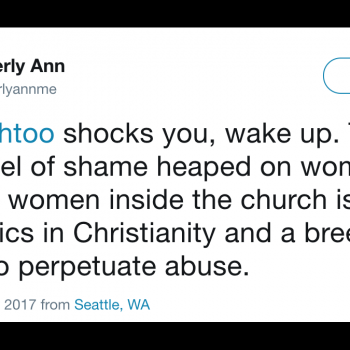 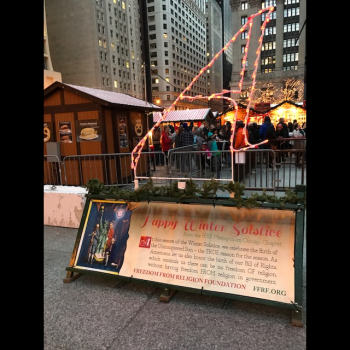 November 29, 2017 An Atheist Banner and Giant Scarlet "A" Display Are Back Up in Downtown Chicago
Browse Our Archives
What Are Your Thoughts?leave a comment