The Washington Metropolitan Area Transit Authority (Metro) has a policy that doesn’t allow “issue-oriented advertising” on its buses or trains. They made the move in 2015 to block anti-Muslim activist Pamela Geller from buying ads featuring an image of the Prophet Muhammad, but the policy has effectively blocked any non-profit or advocacy group from purchasing otherwise uncontroversial ads, too.

This past August, the ACLU filed a lawsuit against the WMATA on behalf of themselves, People for the Ethical Treatment of Animals (PETA), an abortion clinic, and right-wing provocateur Milo Yiannopoulos — not a group that typically works together for anything — saying that all of them were denied advertising space and the WMATA’s policy went way over the line to the point where it was a violation of the First Amendment.

Today, a separate lawsuit was filed against the WMATA by the Archdiocese of Washington. They wanted to put up a simple ad encouraging people to give God a try this Christmas — “Find the perfect gift” — but were told it violated the guidelines.

The whole situation gets even stranger when you consider what the WMATA does allow. Selling alcohol? Fine. Advertising yoga classes as a form of spirituality? Also fine. Selling Christmas-themed lingerie? No problem. Even the Salvation Army, a Christian ministry, is allowed to buy ads to encourage people to give them money.

So if the Catholic Church wanted to sell trinkets of some sort, it would be okay, but urging people to find God is where they cross the line. The Archdiocese says in the lawsuit that the WMATA has “established a regime that is hostile to religion.”

The WMATA deserves to lose this case. It’s one thing to block hate speech. But a government organization saying that any and all ads pushing a particular point of view go too far is absurd. There’s nothing wrong with the Archdiocese’s ad, just as there would be no problem with an atheist group urging people to let go of their myths this holiday season. It’s not just unconstitutional, it’s bad for business.

The WMATA gets credit for only one thing: Bringing people together who are usually at each other’s throats. We’re all united in asking the courts to force a change to this ridiculous policy. 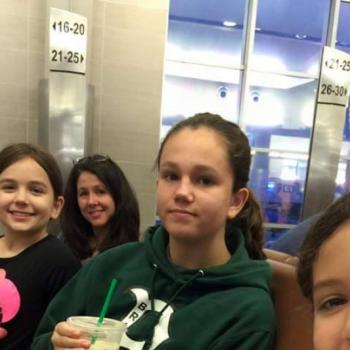 November 29, 2017
After Atheist Activist Kills Wife and Self, Their Kids Could Use Your Help
Next Post 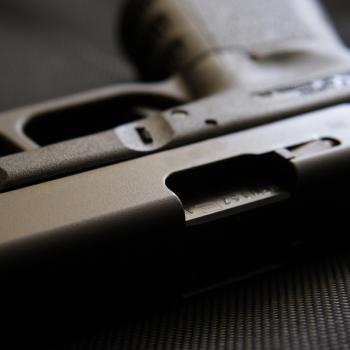