After Son Gets Airlifted To Hospital, Mom Says Crash “Proves That God Is Real”

Here’s another story in which a disaster occurs and people are injured… and the victim’s family thanks God for not making things worse even though they also presumably believe God caused the chaos.

On Monday, a truck went off the road in Sumter, South Carolina and crashed right into a house where it struck a father and the toddler he was holding. 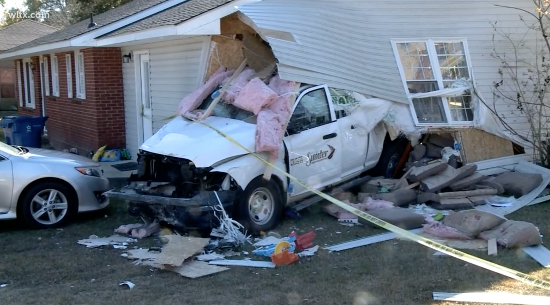 The two-year-old boy is injured but alive. So is the father and the truck’s driver. But it was mother Laura Burleson who offered the puzzling sound bite.

“If you don’t know there is a God, this proves that God is real, because God had his hands on this whole situation,” she said.

Umm… God’s hands must be pretty damn jittery if He couldn’t keep the truck on the road.

What’s especially disturbing is the very next line in WLTX’s news report:

The mom says her boy had to be airlifted to the hospital in Columbia. At the time she spoke with us, she said doctors believed he’d broken his wrist and suffered some deep cuts, but otherwise, he was okay.

He may have to have surgeries on the cuts, she added.

I’m glad it’s not worse. I’m glad the family’s okay. I’m glad they only suffered material damage. And this isn’t an attempt to kick people while they’re down. But we don’t need to throw logic out the window to point out the obvious: Religious people love thanking God for supposed miracles even when evidence of disaster are all around.

You don’t get to thank God for saving one person in a plane crash when hundreds of others die — and then have the audacity to call that proof of God’s existence and goodness. It doesn’t get more myopic than that.

November 28, 2017
Flat-Earther Delays His “Homemade Rocket” Launch For the Second Time
Next Post