Of all the ways to describe the new Museum of the Bible that just opened in Washington, D.C. — thanks to $500 million from the family that owns Hobby Lobby — “nonsectarian” is probably the strangest. That’s because the museum very clearly pushes a Protestant view of the Bible, and the family has always made clear their ultimate goal is to bring people to Jesus even if the museum doesn’t always engage in outright proselytizing.

Writing for POLITICO, Candida Moss and Joel S. Baden say that there’s nothing neutral about this place:

After touring the site of the museum, visiting its traveling exhibit, and interviewing [Hobby Lobby CEO Steve] Green and others involved in the project, we have found that despite genuine efforts at nonsectarianism, the museum’s version of the Bible’s history remains beholden to the worldview of the Green family. The broader story it tells about the Bible, and especially the Bible’s place in American culture, is essentially a Protestant one, and it excludes other traditions when they might come into conflict with that basic story.

There’s nothing wrong with that, of course, especially when this is a privately funded museum. But if you’re looking for an objective look at the Bible, from a variety of perspectives, you’re not going to find it here. It’s the Bible as seen through a bunch of believers, who think the book has shaped the world in positive ways, and who aren’t interested in the views of scholars who take issue with traditional Christian interpretations of the book.

I only bring that up because the Greens are now getting a stamp of approval from Congress in the form of a (non-binding) concurrent resolution sponsored by Rep. Robert Pittenger (R-NC) that goes out of its way to describe the museum as nonsectarian. In fact, Pittenger includes the word five separate times in the brief bill.

H.Con.Res.94 recognizes the “opening of the nonsectarian Museum of the Bible in Washington, D.C., the only museum of its size and scope in the world devoted exclusively to the Bible.” While most of the “whereas” clauses are boilerplate pro-Christian items, it concludes like this:

Resolved by the House of Representatives (the Senate concurring), That Congress–

(1) recognizes the opening of the Museum of the Bible in Washington, D.C., the first nonsectarian museum of its kind in the capital of the United States focused exclusively on the history, narrative, and impact of the Bible; and

(2) commends the leadership, staff, scholars, designers, construction workers, and volunteers who worked tirelessly to realize the goal of opening a museum, free to the public, with the nonsectarian purpose of “inviting all people to engage with the Bible”.

That last bit is almost laughable. You can flip the script to see why:

I, too, have a completely objective mission to help readers engage with atheism. And if you happen to shed your faith along the way, that’s wonderful. But that’s totally not the main goal! I just want to present the words of Christopher Hitchens and Thomas Paine accurately, and I’m just going to leave this copy of the Jefferson Bible, sans the miracles and other forms of nonsense, right over here.

Just because the Museum of the Bible doesn’t go to the extremes of, say, the Creation Museum, doesn’t mean it’s an objective look at the Christian holy book. The Greens ought to admit that — and the museum should stop pretending otherwise.

Pittenger’s bill hasn’t passed through the House or Senate yet, but it’s hard to believe anyone will oppose it. Since when has this Congress ever paused on the matter of praising Christians much less their wealthy conservative donors?

November 25, 2017
Man Delays Plan to Launch Himself in Homemade Rocket to Prove Earth is Flat
Next Post 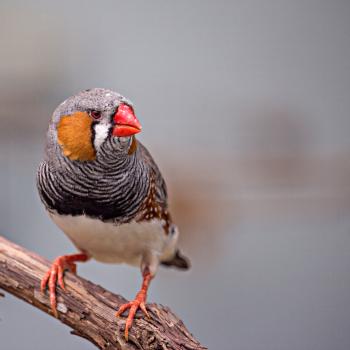