Vatican Astronomer: TV Scientists Only Pretend to Be Atheists for “Credibility”

You would think the director of the Vatican Observatory would ooze credibility, but Brother Guy Consolmagno squeezes in all sorts of lies in a single answer during an interview with the Vancouver Sun. 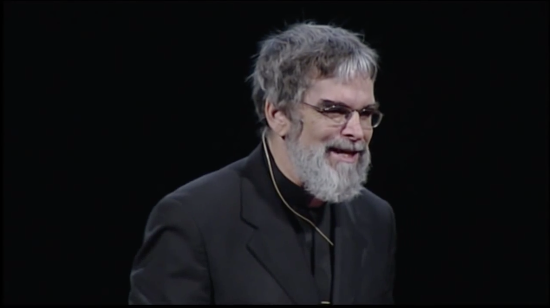 The question was straightforward, though by no means simple: “Do faith and science have to be in conflict?”

Let’s break down his answer line by line.

Too many public scientists are insecure about their rank as scientists.

This is based on what now? The scientists who have the ability to talk about the subject are usually fairly confident in their knowledge (if not their ability to communicate it).

The scientists that you see on TV who are proclaimed atheists because they think it gives them credibility in science — which it doesn’t — are turning off the nine-tenths of the population that don’t call themselves atheists.

Consolmagno thinks a bunch of scientists on TV call themselves atheists for the PR boost?! When has atheism ever given people a better reputation? And who are these people? Neil deGrasse Tyson, perhaps the most famous science communicator on television, goes out of his way to avoid the atheist label! And the other scientists who don’t hide their non-belief in God aren’t just saying that to play a part; they’re atheists for the same reason the rest of us are: they’ve looked for the evidence for God and realized there’s nothing there.

It’s true that an atheist scientist who belittles religion may turn off large portions of the religious public, but most of the scientists you see on talk shows or who give lectures are not like Richard Dawkins. They don’t talk about religion at all.

But the strangest line came at the end of that answer:

Carl Sagan said “an atheist is someone who knows more than I do.” Even he had to admit that he just didn’t know about the existence of God.

Google that quotation, and you’ll find a handful of sites featuring it… all because they’re quoting Consolmagno.

The closest I can come to Sagan’s own words is a paraphrase of the line in which Sagan told an interviewer in 1981, “An atheist is someone who is certain that God does not exist.” If that’s an accurate quotation, well, Sagan was wrong. Atheists don’t possess certainty of our views. Dawkins doesn’t put himself at the very end of his own atheism spectrum. We’re all just pretty sure we’re right. There’s a difference.

Normally, modern Catholics are pretty good about science. They have no problem accepting evolution. But if this is one of the Vatican’s most prominent scientists, maybe we need to rethink the Church’s relationship with the subject.

(Thanks to Brian for the link. Screenshot via YouTube) 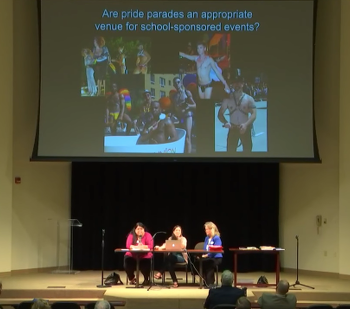