Last week, during a “Teens4Truth” event sponsored by the anti-LGBTQ group MassResistance, one panel discussed how Gay-Straight Alliance groups are really just a way for older gay men to “recruit” young members.

“Gay-straight alliances — you really have to watch out these because these are adult homosexuals coming into the schools to mentor kids and we know that there is a problem with adults preying on young teens, especially in the male homosexual community,” [Jennifer] Delgado said. “It’s how they recruit them, and they’re doing it in the school through these gay-straight alliances.”

GSAs are not recruitment tools. You can’t “recruit” someone into The Gay. You can’t catch it like a cold, either. This is just Christian fear-mongering, devoid of facts (as usual). Rather than admitting gay students and allies have topics they’d like to discuss with each other, just like Christian students can host Bible clubs at high schools, she jumps right to allegations of pedophilia.

By the way, at one point, Delgado also says the Day of Silence is an example of how LGBTQ people infest public schools, since participants don’t speak all day on behalf of people who have been silenced because of their identity or orientation: “If you’re talking, that means you’re a hater.”

She’s wrong about that, but she also neglects to mention that anti-abortion activists run a virtually identical event in which they don’t speak on behalf of aborted fetuses.

Does she oppose that? Is it too political? She never says. 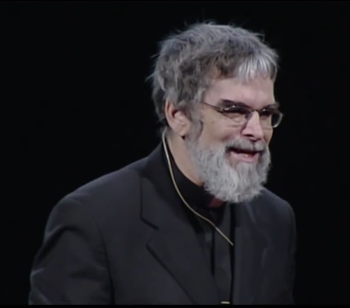 November 23, 2017
Vatican Astronomer: TV Scientists Only Pretend to Be Atheists for "Credibility"
Next Post 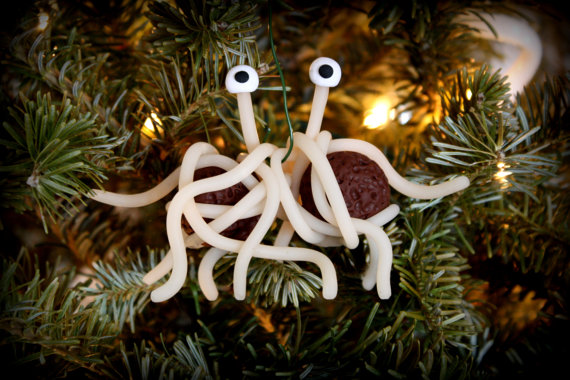 November 23, 2017 Let This Handmade Flying Spaghetti Monster Ornament Adorn Your Christmas Tree
Browse Our Archives
What Are Your Thoughts?leave a comment