Christians Bullied Shop Owner to Stay Closed on Sundays, But the Plan Backfired

Earlier this month, Leona Rawlinson, the owner of a shop called Tweed Tastic on the Isle of Lewis (off the western coast of Scotland), received a strange package in the mail. It was a Bible along with a letter from Dan MacPhail, secretary of the Day One/Lord’s Day Observance Society.

He had a problem with the fact that Rawlinson, unlike other business owners on the island, kept her shop open on a Sunday (something she began doing this past summer due to increased demand). Good Christians didn’t work on the Sabbath, dammit, and maybe a Bible would steer Rawlinson in the right direction. 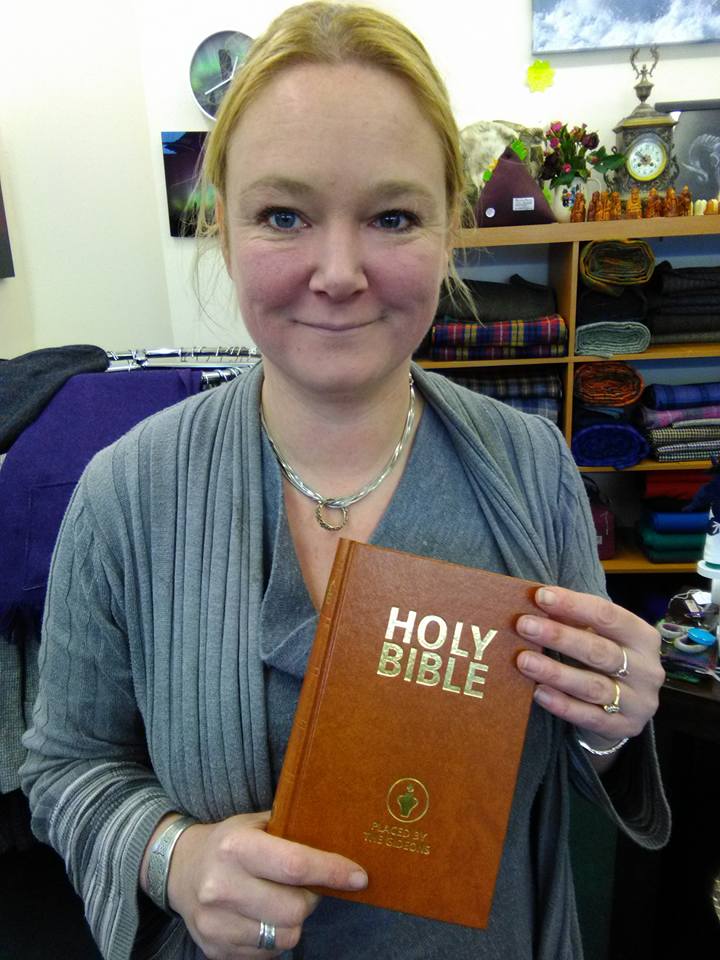 He wrote: “The purpose of our letter is certainly not to intimidate you into closing on Sunday… nor are we aware of any organised campaign in relation to this matter.

“However, it is a sincere and humble request that you consider closing the shop on the Lord’s Day.”

The letter adds: “We are concerned for the spiritual and eternal as well as temporal consequences of such actions of Sunday opening and do not believe that lasting blessing or profit will follow.

“Indeed, we are aware of many Christians expressing disappointment that such an interesting shop as Tweed Tastic is trading on Sundays and that solely because of this they are refusing to give of their patronage.”

We’re not trying to intimidate you, but seriously, close your damn shop.

We don’t know of any organized boycotts, but a ton of Christians are totally boycotting your store.

The letter is silly to begin with. Rawlinson wasn’t opening her shop on Sunday just to stick it to Christians. She’s doing it, I assume, because there’s a financial incentive and customers appreciate it. If it’s bad for business, then she’ll close it that day.

But she’s not a Christian, so she’s under no obligation to close the store just because a bunch of Bible-thumpers want her to act like Chick-fil-A.

What’s scary is that this kind of pushback isn’t only theoretical. The National Secular Society explained how some Christians have already tried to punish Rawlinson for keeping her shop open on Sunday.

In August, Ms Rawlinson was approached by a man who came into the shop one Sunday to express his views on the shop’s business hours and to distribute leaflets. Ms Rawlinson felt so intimidated by the incident that she reported it to the police.

In another incident, a woman entered the shop during the Sunday opening hours and “started shouting”.

“It’s really important to say that this does not represent the majority of Christians, just one or two extremists,” said Ms Rawlinson.

[Said Rawlinson’s partner Martin Flett:] “We’ve also had many unsolicited messages of support and some Christians who disagree with the hardline approach have actually come into the shop to say that the hardliners don’t speak for them. Some have even brought gifts by way of apology. Both Leona and I are spiritual people but we don’t have the same belief systems as the hardliners up here.”

There is some good news to all this: The story has taken on a life of its own over the past two weeks even since it was first shared on the Facebook page for the Western Isles Secular Society. You can’t buy the sort of publicity Rawlinson has received for doing nothing more than being available for her customers.

Lots of lovely people have called into the shop to offer support, people of faith and no faith alike. The resounding message, over and over again, has been that this is not about religion, it is about controlling behaviour. By a tiny sanctimonious minority that professes to speak for the island but in reality only speaks for its narrow fundamentalist interpretation of Christianity. That is a topic in itself, and I may return to it later.

Neither of us can walk along the street or round the supermarket without being stopped and offered support and encouragement. My ten minute trip to Tesco today took me nearly an hour. But I wouldn’t have it any other way. So many people saying, “About time…”

It looks like the Christian bullies who wanted to intimidate Rawlinson have given her more business than ever before — and more reason to stay open on Sundays indefinitely. Maybe other stores will follow suit as more people speak out against the irrational way Christians have shut down so much of the island on Sunday because of their personal religious quirks. 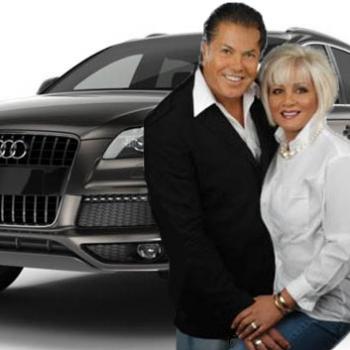 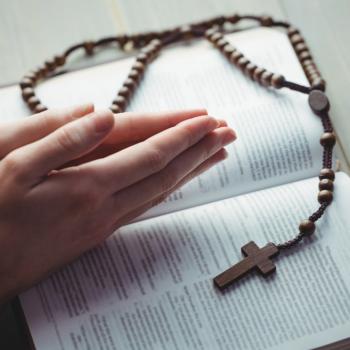